It is notable that the executive committee of the SGPC had refused to endorse Avtar Singh Makkar’s decision about suspension of Panj Pyare and SGPC chief was asked to find a solution of the fix created by his unilateral decision.

Meanwhile, rejecting their so-called suspension, the Panj Pyare directed the SGPC executive to relieve five Sikh Jathedars from their services after they failed to appear before the Panj Pyare on October 23. 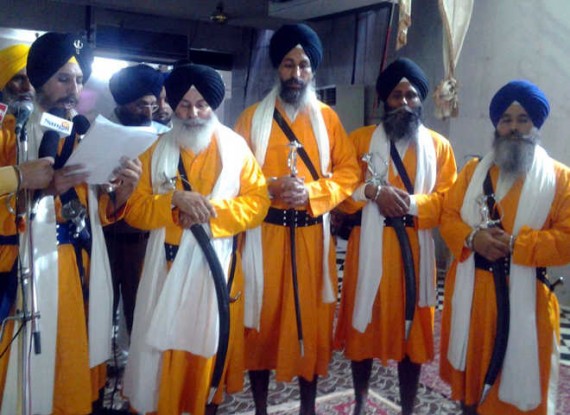 Announcing the decision to lift the suspension, Makkar said: “Panj Pyare have been reinstated unconditionally”. He claimed that “the issue has been settled amicably after a meeting with them”.

However, Bhai Major Singh, one of the Panj Pyare, said: “We have had no meeting with the SGPC president or any other SGPC officials. There is no intimation to us that alleged suspension is revoked. We had already clarified that when we act in the capacity of Panj Pyare, SGPC chief or anyone else has no authority to suspend us for acts done in that capacity”.

He said that Panj Pyare’s direction about relieving five Sikh Jathedars stands valid and SGPC executive should follow it without further delay.