Strongly condemning the killings of 4 youth in less than 24 hours, the party head H S Dhami and chairman of Sikhs for Human Rights Advocate Harpal Singh Cheema said the thirst of Indian forces to inflict maximum damage on Kashmiri youth was increasing with every passing day. They said the worst tragedy was that in the eyes and perception of world powers “India was still a democratic country and people struggling for their rights especially Kashmiris were “terrorists”. 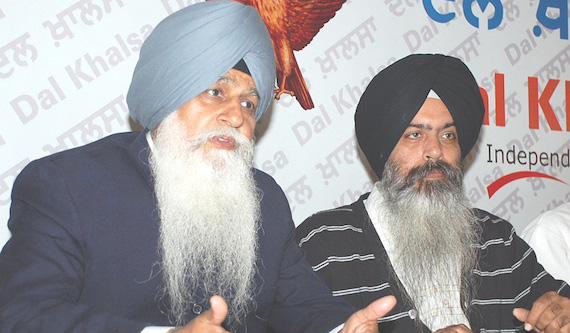 They apprehended that the way things were taking turns it might lead to what happened in the bloody summer of 2010.

Our heart and sympathy’s goes with the families of victims of state terrorism, they said. They prayed before Almighty to grant strength to parents of deceased to bear the loss of innocent children.

The courage and determination being shown by Kashmiri people while fighting the Indian aggression has left no one in doubt that sacrifices of martyrs of rightful cause would never go in vain.

They said it’s ironic that the provincial government whether its led by NC or PDP, has surrendered its moral and constitutional authority and powers before Indian security forces, that were armed with a licence to kill anyone.