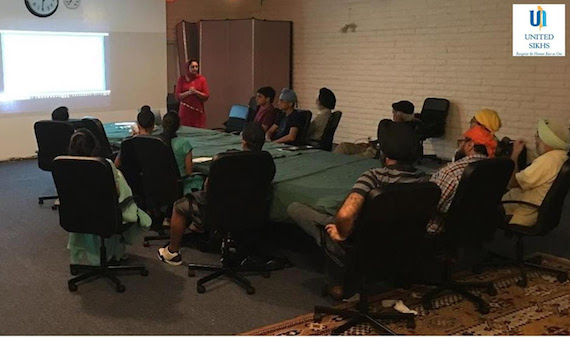 The Workshop at SCOC, Santa Ana was conducted by United Sikhs representatives Gurpreet Kaur and Harpreet Singh and was attended by prominent members, management and staff of the Sikh Center of Orange County. Through these workshops, our emergency preparedness team provides comprehensive, yet culturally appropriate information and resources. We are grateful to Dr. Arinder Chadha, a Board Member, the other Board Members and the Management of Sikh Center of Orange County, Santa Ana for their help in organizing and conducting the workshop.

“As a member of the Sikh Sangat, I found the workshop very enlightening and engaging, and I hope we could have more of these workshops in future. The information on the relevance of Emergency Preparedness in Sikhi was especially interesting”, said Mrs Manpreet Chadha, a prominent member of Sikh Center of Orange County, Santa Ana.