New York: United Sikhs, a US based NGO, has issued alert to Gurdwara Sahib in the Untied States to remain vigilant. 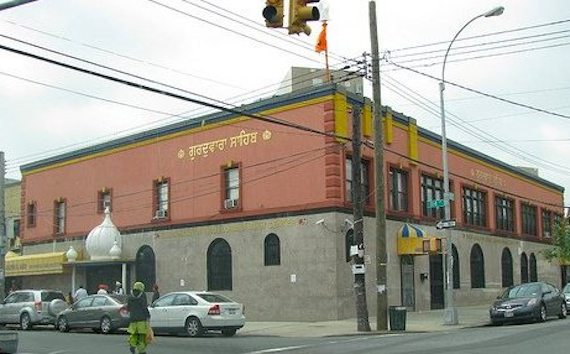 The release issued by the United Sikhs reads as follows:

While the UNITED SIKHS is unaware of any threats made against Gurdwaras in the United States, we are urging worshippers across the nation to be on high alert.

“Given the current climate of our country, and other parts of the world, we advise Gurdwaras to step up their security measures, especially following Sunday’s deadly mosque attack in Quebec, ” Gurvinder Singh, Director for the UNITED SIKHS said.

Since the 9/11 attacks, Sikhs have often been harassed and/or victimized by people who mistakenly perceive them as an accessible proxy for the perpetrators of the 9/11 attacks. The result of which is that turbaned Sikhs in America and Canada have been victims of racial violence and have had their identity challenged by calls for immigrant groups to assimilate into Western societies.

The anti-immigrant and anti-foreigner political rhetoric, combined with this week’s terrorist attack in Canada have many living in fear of additional hate crimes and other attacks.

Following the Quebec shooting, America’s largest police force, the NYPD, announced it would provide additional protection for mosques in New York city. UNITED SIKHS is also asking worshippers in Gurdwaras to be vigilant.

“If you see something, say something. If you suspect something suspicious call 911,” Singh added.

UNITED SIKHS offers ‘Emergency Preparedness’ workshop for Gurudwaras and community centers. These workshops focus on basic training on active shooter situations, emergency preparedness for the vulnerable members of the Sikh community and guidance on how to develop and maintain an emergency action plan for the Gurudwaras.

In the past, UNITED SIKHS has collaborated with the US Department of Homeland Security to conduct similar trainings in the New Jersey. To bring these workshops to your Gurudwaras please reach out to us at [email protected]