New Delhi: The construction of an ash pond for a thermal power plant in Nawapara Tenda village, Raigarh, Chhattisgarh without informing or consulting local Adivasi villagers violates their right to free, prior and informed consent, said Amnesty International India today.

TRN Energy, a subsidiary of ACB (India) Power Limited, operates a 600 MW coal-fired thermal power plant in the region. Local residents told Amnesty international India that on 15 October 2017, about 15 people claiming to be acting on behalf of TRN Energy started the construction of an ash pond in Nawapara Tenda, using four excavators and five trucks. Several villagers said that they had not been informed or consulted about the construction of the ash pond, or been told about the effects it could have on their rights to clean air, water, health and livelihood.

“Indigenous Adivasi villagers have a right to be involved in matters that affect their lives and livelihoods, but this right is seldom protected by authorities,” said Karthik Navayan, Business and Human Rights Manager at Amnesty international India. “The building of a reservoir for hazardous fly ash without even the pretense of prior information to local Adivasi villagers is appalling, but not surprising.”

Sukhwaro Rathia, an Adivasi woman who used to own part of the land on which the ash pond is being constructed, said, “I have been trying to stop this work, but the company officials do not listen to me. They never consulted me before digging up my land.” 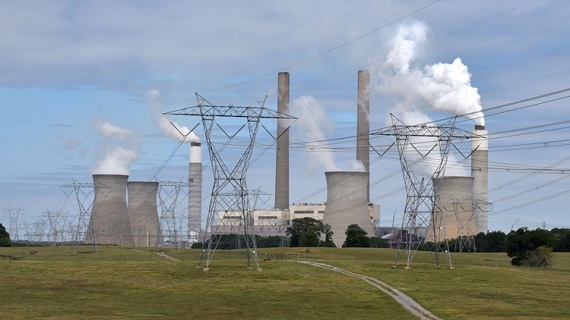 Ash ponds are commonly used to dispose of fly ash, a byproduct produced from the burning of coal. Fly ash contains metals such as mercury, chromium, arsenic and lead, exposure to which can be extremely harmful to human health.  Sreedhar Ramamurthy, an activist and founding member of the non-profit Envoronics Trust, said “Ash ponds cause air and water pollution, and are the source of toxic pollutants. Raigarh is already among the most polluted areas of the country, and this project will inflict more harm.”

The environmental clearance granted for the power plant in 2011 by the central Ministry of Environment and Forests provides for the construction of an ash pond across 150 acres (0.6 square kilometers), but requires several safety measures to be taken to prevent groundwater contamination.

Amnesty International India wrote to TRN energy on 3 November 2017 seeking information including the steps the company had taken to assess the potential impact of the ash pond, to inform local Adivasi residents and seek their free, prior and informed consent, and to determine if the land was purchased lawfully. No response was received.

Raigarh is a protected Scheduled Area under the Constitution of India, where members of Adivasi communities have special customary rights over their lands. The Scheduled Castes and Scheduled Tribes (Prevention of Atrocities) Act, – a special law to protect Dalit and Adivasi rights – criminalizes any interference with the enjoyment of the rights of a member of a Scheduled Caste or a Scheduled Tribe over any land or water.

It also criminalizes the act of polluting “the water of any spring, reservoir or any other source ordinarily used by members of Scheduled Castes or Scheduled Tribes so as to render it less fit for the purpose for which it is ordinarily used.”

The rights of indigenous peoples to free, prior and informed consent in matters that affect them is recognized in international human rights law and standards, including the UN Declaration on the Rights of Indigenous Peoples (UNDRIP), which India has endorsed. Article 29(2) of the UNDRIP specifically requires governments to ensure “that no storage or disposal of hazardous materials shall take place in the lands or territories of indigenous peoples without their free, prior and informed consent.”

Adivasi villagers who used to own the land on which the ash pond is being constructed have also told Amnesty International India that they were forced into selling their land – following threats, intimidation, coercion and misinformation – to people acting as agents of TRN Energy in 2009 and 2010.

In June 2017, dozens of Adivasi men and women from four villages tried to file criminal complaints against the alleged unlawful purchase of their land by TRN Energy. However the state police have refused to file First Information Reports.

On 10 October 2017, the National Commission for Scheduled Tribes asked the Director General of Police, Chhattisgarh to submit an action-taken report on the complaints within 30 days. It is unclear if the police have responded.

On 14 November, the High Court of Chhattisgarh responded to a petition filed by three Adivasi villagers against the cutting of trees and construction of the ash pond on land that they said had been illegally purchased from them. The court directed TRN Energy to stop cutting trees. Local residents say that the construction of the ash pond continues.

“Constructing an ash pond without seeking Adivasis consent, on land that was also allegedly obtained without consent, is adding insult to injury,” said Karthik Navayan. “Chhattisgarh authorities need to step in urgently to protect the rights of Adivasi villagers in Raigarh.”