Uttar Pradesh: A gangster in Uttar Pradesh, Munna Bajrangi, was shot dead in a prison in Uttar Pradesh on Monday, just a week after his wife had alleged a threat to his life. Bajrangi, who was accused of killing a BJP leader in 2005, was to be produced in a court in Baghpat this morning.

On June 26 Munna Bajrangi, originally Prem Parkash, had alleged that senior police officials and white collar people were conspiring to kill her husband in fake encounter. “I want to tell UP CM Adityanath ji that my husband’s life is in danger. A conspiracy is being hatched to kill him in a fake encounter,” Seema Singh, wife of Gangster Munna Bajrangi had said.

Media reports say around 6.30 am in the Baghpat prison, when the inmates were having tea, another prisoner Sunil Rathiat, fired at Bajrangi, killing him instantly. The gangster had been transferred to the prison in Baghpat from Jhansi on Sunday. 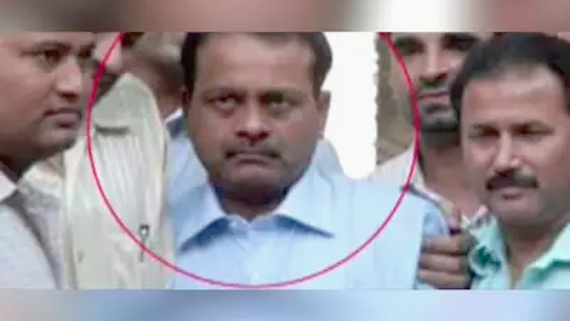 This comes on a day when Munna Bajrangi was slated to be produced before a court in Baghpat. On Sunday, he was transferred from Jhansi to Baghpat.

According to Additional Director General – Prison, the convict who shot at Bajrangi is Sunil Rathi. He fired the bullet following an altercation with Munna Bajrangi.

The jailor and his deputy and two others have been suspended.

Munna Bajrangi was arrested in Mumbai in October 2009, for the murder of BJP lawmaker Krishnanand Rai. The lawmaker was shot more than 100 times with an AK-47 in 2005.