Upsurge Of 41 % Witnessed in Communal Violence Since 2014: NCRB

New Delhi: The Central government’s own data made a surprising revelation in which it has stated that the incidents of communal violence went up by 41 per cent across the country during the past three years of its rule and the BJP-ruled Uttar Pradesh, Maharashtra and Madhya Pradesh topped the list of states reporting such cases. 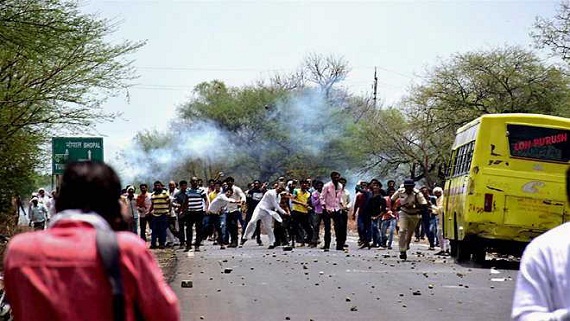 The data radiates the dangerous trend of brewing communal hostility  in India and further providing a fertile ground for communal disharmony and civil disturbance. And the said trend is on the rise ever since the pro-hindutva BJP lead by Narendra Modi came to power in 2014.

As reported by the media sources the data compiled by the National Crime Records Bureau (NCRB), officials in the Ministry of Home Affairs said 336 cases relating to offences promoting enmity between different groups on the bases of religion, race, place of birth were registered in 2014, which shot up to 475 in 2016, an increase by over 41 per cent.

The state that reported the highest number of communal violence related cases is Uttar Pradesh with 162 cases in 2016, 155 in 2015 and 133 in 2014 respectively. A closer analysis shows a sizeable jump in such cases in UP in 2016 —the election year.

Incidentally, all these states are ruled by Pro-Hindutva BJP and are gradually manifesting the policy of intimidation and riots followed by the BJP.

On the other the state of Bihar which did not reported any such incident in 2014, suddenly witnessed eight communal violence related cases in 2016 after BJP assumed the responsibility of being the official opposition ever since its defeat in 2015 state assembly elections thus registering 800 percent increase, reports The Tribune (TT).