New York: A United States court of appeals has rejected the appeal filed by Sikhs For Justice in case against Sonia Gandhi. The court of appeals for the second circuit in New York upheld the order of the district courts dismissing human rights violation lawsuit against Indian politician and Congress president Sonia Gandhi. It may be recalled here that the district court had dismissed the case in June last year.

“Upon due consideration whereof, it is hereby ordered, adjudged, and decreed that the judgment of the district court is affirmed,” stated the August 25 order of United States court of appeals second circuit.

Sikhs For Justice (SFJ) filed a lawsuit in 2013 under ATS and TVPA against Sonia Gandhi for allegedly shielding and protecting Congress party leaders who led death squads to kill people belonging to the Sikh community after the assassination of PM Indira Gandhi.

While Sonia Gandhi’s lawyer Ravi Batra said that Sikhs For Justice (SFJ), which had filed the case, was making false, reprehensible and defamatory allegations against India’s leaders and now the organization could rehabilitate itself by announcing that it would not seek to appeal this order to the United States Supreme Court, SFJ legal advisor Gurpatwant Singh Pannun said that they would file a petition seeking rehearing ‘en banc’ requesting that all the active judges on the court rehear the case. The petition will be filed with the US Court of Appeals 2nd Circuit to challenge the summary order, Pannun said. 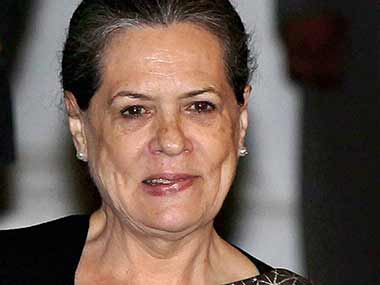 The lawsuit was filed by SFJ while Sonia Gandhi was in the US for treatment of an undisclosed ailment. [File Photo]onia

The order of August 25 held that “plaintiffs failed to plausibly allege that defendant (Sonia Gandhi) is liable for the anti-Sikh riots.”

A class action suit was filed in September 2013 by US based rights group SFJ and victims against Sonia Gandhi under Alien Tort Claims Act (ATCA) and Torture Victim Protection Act (TVPA) for shielding and protecting Congress party leaders who organized genocidal violence against Sikhs in November 1984. However, judge Brian M Cogan of district court of eastern district New York in his order pronounced on June 3 accepted the motion filed by Sonia Gandhi’s counsel seeking dismissal of the case. The appellant court has completely affirmed this order.