US Immigration: Over 50 Sikhs Among 123 Immigrants Detained by USA Authorities

Oregon, USA: A group of over 50 Sikhs have been detained at the Sheridan prison in Yamhill county in United States of America (USA). They are part of alleged illegal immigrants from South Asia being held currently at this detention centre in Oregon.

A report in The Indian Express (IE) notes that they were seeking political asylum in the United States. 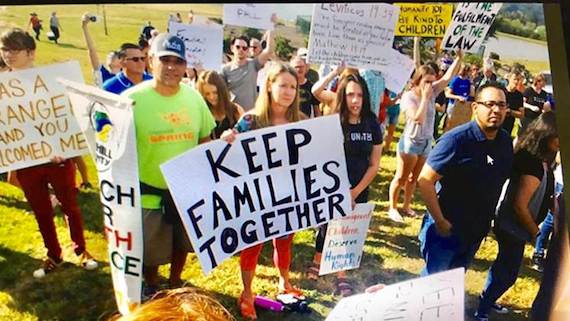 People of all communities are protesting to get 123 detained immigrants including 50 Sikhs released in Oregon state of US | Photo Source: The Indian Express

The report further notes that the Punjabi community in the state has initiated talks with the local authorities to get access to these immigrants.

Harbkash Singh Mangat, president of Sikh Centre of Oregon (Portland Metro Gurudwara), who has been living there since 2008, reportedly said: “Several faith leaders attended a vigil organised by the community Monday and offered prayers for those detained with little access to translators.” The community has also expressed fear that these detainees are not being given proper treatment inside the centre.