US To Terminate GSP Trade Preference for India

Chandigarh: The US President Donald Trump’s administration has expressed its intentions to scrap Generalized System of Preferences (GSP) trade preference for India.

The move comes as the US and China seek to negotiate an exit from a costly trade war between the two countries that is part of the Donald Trump administration’s efforts to address what it views as inequitable commercial relationships with other states, notes a report in Times of India (ToI). 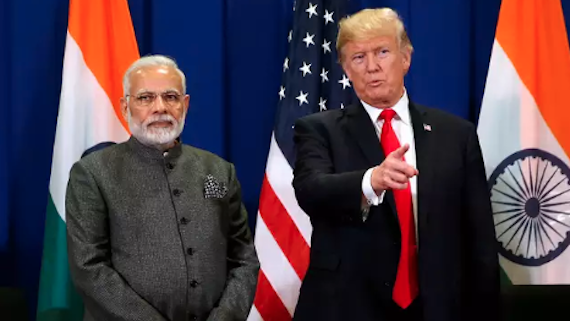 Washington “intends to terminate India’s and Turkey’s designations as beneficiary developing countries under the Generalized System of Preferences (GSP) program because they no longer comply with the statutory eligibility criteria,” the Office of the US Trade Representative said in a statement.

The statement further adds that India has failed to provide assurances that it would allow required market access, while Turkey is “sufficiently economically developed” that it no longer qualifies.

Under the GSP program, “certain products” can enter the US duty-free if countries meet eligibility criteria including “providing the United States with equitable and reasonable market access.”

A report in the Indian Express notes: “India has been the biggest beneficiary of the GSP regime and accounted for over a quarter of the goods that got duty-free access into the US in 2017. Exports to the US from India under GSP — at $5.58 billion — was over 12 per cent of India’s total goods exports of $45.2 billion to the US that year. The US goods trade deficit with India was $22.9 billion in 2017”.

It may be recalled here that the US had launched an eligibility review of India’s compliance with the GSP market access criterion in April 2018.