Jalandhar: In a reported case of an attempted robbery a 21-year-old youth from Jalandhar was shot dead in front of his house in Jackson city of Mississippi, US, on Monday, media reports said. 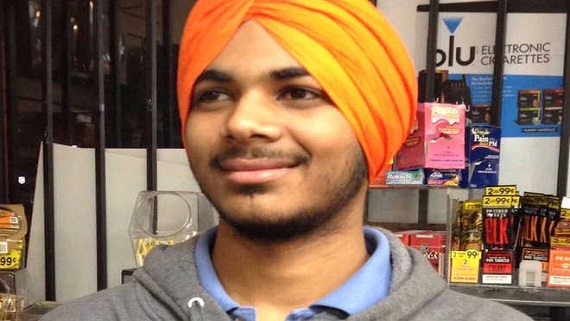 Sandeep Singh had migrated three years ago. His father Balwinder Singh, a Punjab Police head constable, said he was working at a relative’s store.

“He along with two friends closed the store at 8 pm, but his car developed a snag. The owner asked them to stay back. At 11 pm, Sandeep tried to restart the car and was successful. The three drove to their apartment but as soon as they stepped out of their vehicle, three armed assailants robbed them of cash and valuables,” reads the statement of his father published in The Tribune (TT).

“Just as the assailants were to leave, Sandeep moved towards the car to park it in the garage. One of the assailants, fearing Sandeep was about to pull out a weapon, opened fire, killing him on the spot,”  he adds.

The Jackson city Police department in a press conference described the suspects as  a “black male, last seen wearing a gray hooded shirt, armed with a 0.9 mm pistol”. The police suspect that the incident maybe part of a string of robberies taking place in Mississippi’s Capital.

The police sought the help of citizens to identify the suspects that they believe are responsible for other robberies. “In an attempt to conceal their identities, they have their faces covered with bandanas and/or masks,” the police said in the statement. “The suspects have also been observed wearing hooded sweatshirts and gloves,” notes Scroll.in in its report.

“I have lost everything and I appeal to the government to take up the matter with the US government to stop such incidents,” Balwinder Singh further said in a statement to the Indian Express (IE).