Los Angeles: The vice chancellor of Sri Guru Granth Sahib World University (SGGSW), Fathegarh Sahib in Punjab, will be addressing the Sikhs of California at Gurdwara Milipitus on Saturday May 9th, and at Gurdwara Santa Ana on Sunday May 10th, 2015. 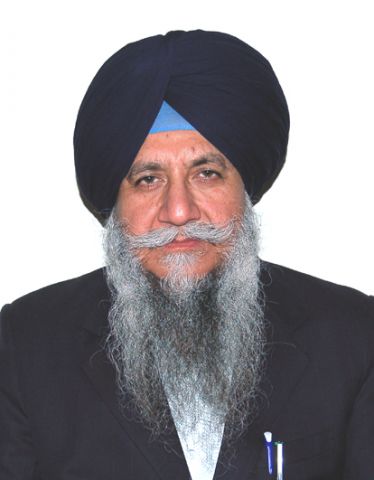 Dr. Walia is on a visit to the U.S. and was to deliver a keynote speech at Sikh Studies conference being held at University of California Riverside sponsored by Department of Religious Studies, and Dr. Pashaura Singh, UCR professor of Sikh Studies and Chair Dr. Jasbir Singh Saini Endowed Chair in Sikh and Punjabi Studies. He was informed and given material by the local and global Panthic scholars that Dr. Singh is continuing to academically distort the institution of Sikhism and scripture: Sri Guru Granth Sahib.

After reviewing the presented material, he immediately sent a communication to Dr. Singh and explained “Due to certain serious differences on issues pertaining to Singh Sabha Movement and authenticity of Sri Guru Granth Sahib, I have reservations on attending the conference organized by you at University of California, Riverside on May 8-10, 2015. I therefore regret to inform you that I shall not be able to deliver the Keynote address on the said subject on May 8. I sincerely apologize for the inconvenience”.

The Sikh community had taken serious notice of two of Pashaura Singh’s articles published in 2013 and 2014: Re-Imagining Sikh! (‘Sikhness’) in the twenty-first century, and New Directions in Sikh Studies, in which he has once again reiterated his misrepresentations and misinterpretations of the Sikh scripture, philosophy, and history, through heretical manuscripts: MS # 1245, Vanjara, Bahowal, Roopa, and Sur Singh Wala pothis, that are being falsely used to redefine formation of Sri Guru Granth Sahib.

Speaking on the issue Dr. Jasbir Singh Mann said that Sikhs always take their advice from Sri Guru Granth Sahib, and on such issue Ramkali Mahala 1 page 938 verse reads: Don’t be angry with us – please tell us: How can we find the Guru’s Door? The issue has been at the core of the discontent between the local Sikh community and Dr. Singh, said Raminderjit Singh.

He added that use of manuscripts by Guru Arjan Dev Ji is a fabricated theory to deliberately harm the institution of Sikhs by using data that has nothing to do with Sikhs.

A press release (dated: May 06, 2015) issued on behalf of Dr. Gurmohan Singh Walia says [s]everal Gurdwars of California welcomed the decision of Dr. Walia and are eagerly waiting to meet him.

He will address the Sikh community and share his thoughts on Sikh Studies and research with the context of globalisation and Millennial Generation, the release reads.