Richmond:  As per the local media report the Sikhs of Richmond invited and tried to reach the collective community to join them on Saturday in an act of service to memorialize the victims of a massacre at a Wisconsin gurdwara, or temple, five years ago. 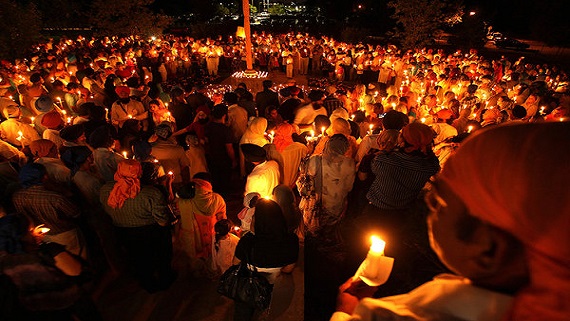 According to the program for the event from 11 a.m. to 2 p.m., volunteers will work on a habitat restoration project in the Sobrante Ridge Regional Preserve in the spirit of seva, a Sikh concept of selfless community service, said Rajanpreet Kaur Pannu of The Sikh Coalition.

It is said that the event will be hosted in more then 20 cities and metropolitan across the United States to honor the people whose lives were impacted by the Aug. 5, 2012 shooting at a gurdwara in Oak Creek, Wisconsin, in which six worshipers were killed by a white supremacist. The shooter, Wade Michael Page, was killed by responding police.

“Since 9/11, Sikhs have become a frequent target for bigotry and backlash,” said Rajanpreet Kaur Pannu, She cited an incidence of Richmond dating back to Sept 25 last year in which Maan Singh Khalsa was beaten and stabbed by two attackers who also yanked off his dastaar and cut off his hair — dastaar and unshorn hair are Sikh Kakkars (articles of faith). Man Singh Khalsa had to have a finger amputated. Two Texas men, Colton Leblanc and Chase Little, pleaded no contest to charges of felony assault with a hate crime enhancement and were sentenced in May to three years in state prison, she adds.

”On Sept. 15, 2001, Balbir Singh Sodhi, a former Walnut Creek resident and member of the Gurdwara Sahib Sikh temple in El Sobrante, was gunned down in Mesa, Ariz., by a self-proclaimed patriot who later reportedly told police he did it because Sodhi was “dark-skinned, bearded and wore a turban.” The attacker, Frank Roque, was eventually convicted of first-degree murder and sentenced to life in prison for what was widely believed to be the first hate crime in the aftermath of the Sept. 11, 2001 attacks.”

“From Oak Creek to the Bay Area, no community is immune to this crisis, and by sharing these stories of compassion and service in response to these dramatic acts of bigotry, we can better educate the American public,” Rajanpreet Kaur Pannu futher adds to her statement,

“Sadly, this tragedy did not happen in a vacuum, and five years later the continual tide of hate crimes underscores the urgency of initiatives which promote an awareness and appreciation for Sikhs and other communities most affected by these crimes.” she further said while expressing grief on Oak Creek shooting incidence.