North Carolina, USA: Two people were killed and four others wounded, two with life-threatening injuries, in a shooting on Tuesday at the University of North Carolina at Charlotte, area emergency management officials said. 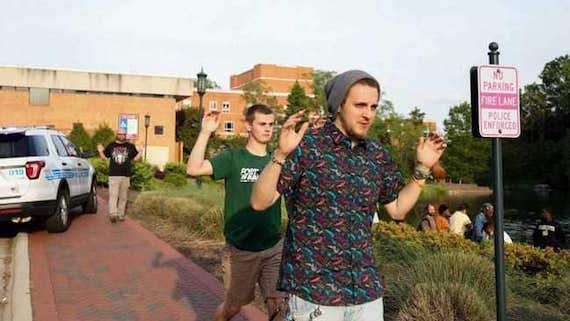 Local media reported that a suspect believed to be a student at the school was taken into custody following the rampage on the last day of classes at the school for the academic year. Final exams were scheduled for next week.

Television station WBTV in Charlotte reported that gunfire erupted about 5:45 p.m. (2145 GMT) near the university’s Kennedy Hall administrative building, and that one person had been arrested.

“We are in shock to learn of an active shooter situation on the campus of UNC Charlotte. My thoughts are with the families of those who lost their lives, those injured, the entire UNCC community and the courageous first responders who sprang into action to help others,” Charlotte Mayor Vi Lyles said on Twitter.