London: One of the lead venue management company SMG Europe has adopted a policy agreeing to Sikhs wearing kirpans at their venues in the United Kingdom. The company is one of the largest operator of sports and entertainment venues in the world and manages some of the largest arenas across the country including Manchester Arena, First Direct Leeds, Hull Venue and Metro Radio Arena Newcastle. 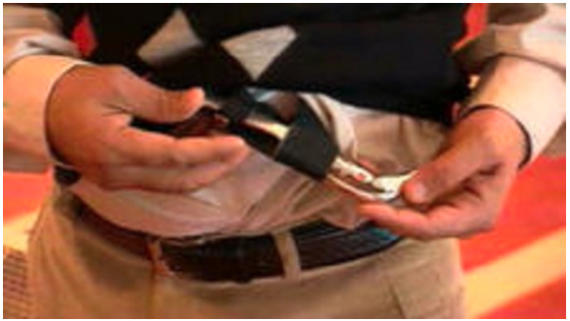 Image used for Representational Purpose only

The company’s decision follows meeting with Sikh Council UK representatives after an incident in October when a number of Sikhs were prevented from entering one of its arenas wearing their Kirpans as a result of heightened security measures adopted after the horrific attacks this year.

Sikhs will now be able to wear Kirpans at the venues subject to requirements including that the Kirpan should be no larger than approximately 6″ in length. The company has invited Sikh Council UK to provide tailing to its security staff as it implements its policy across its venues.

Spokesman for the UK based rights group Jagjit Singh said ‘We are thankful to SMG Europe for listening to our representations and are assisting the company in the roll out of its policy. This successfully builds on the policy adopted by Drayton Manor Theme Park earlier this year and we are pleased with the progress we are making in the leisure industry but there is more to do in securing the rights of Sikhs to wear their Kakkars in places where restrictions still apply. This is made  a priority area of work and has effectively led the development of policies for Kakkars across the public and private sectors in recent years and we are establishing a bank of precedent policies.

“We encourage anyone who has a concern or faces any difficulties with their Kakkars to get into contact with Sikh Council UK at the earliest opportunity,” he adds.

Furthermore, secretary general for Sikh Council UK, Jagtar Singh said “Over the past seven years Sikh Council UK has taken a leading role in making representations on Sikh Kakkars to Government at the most senior level. The quiet but successful behind the scenes lobbying by Sikh Rights group for a change in the law exempting turban wearing Sikhs from having to wear safety helmets in workplaces culminating in the Deregulation Act 2015 remains the stand out legislative achievement relating to UK Sikhs in recent years.

The campaign continues unabated as we continually seek to do more in securing the rights of Sikhs to wear their Kakkars,” he further adds to his statement.