Ropar: A road accident near Chakklan village took life of a 37 years old man. He is believed to have been it by a vehicle and died on the spot. Villagers allege that Swaran Singh, 37, was hit by a speeding luxury bus at about 6:15 am. The victim scooterist was reportedly stuck in the bus. As the driver did not stop the bus he was dragged to several hundred meters. Villagers allege that the bus which caused the accident belong by Dabwali transport – in which Punjab’s Deputy CM Sukhbir Badal has more than 99 percent stake as per his last balance sheet.

However the police says that the accident was caused by an i20 car. Villagers allege that the police was trying to protect the bus owners. 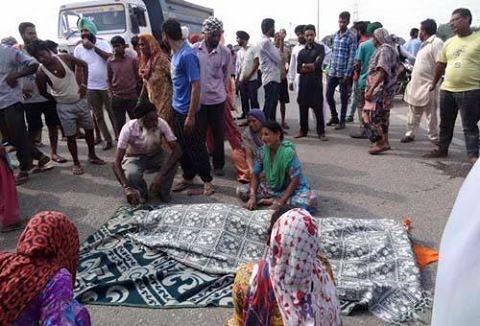 The residents of the surrounding villagers blocked traffic at village Solakhian at around 8:30 am. The blockade was continuing till late night when last reported were received. The protesters demanded a case to be registered against the bus driver and a compensation of Rs 50 lakh for the victim’s family.

Swaran Singh was on his way home after night shift at work near Kurali when the accident occurred at Chakklan village.

The mangled remains of the victim’s scooter 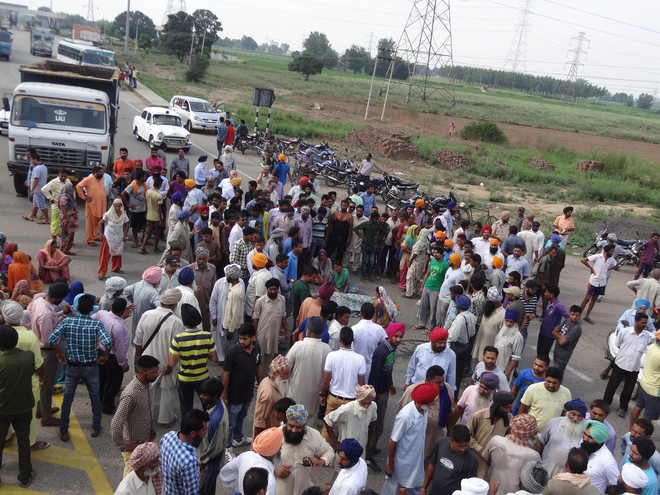 Jagtar Singh, claiming to be an eyewitness, told police as well as the district administration that a red luxury bus had hit the man from behind and dragged him for nearly few hundred metres. The bus sped away, he added. Jagtar Singh runs a roadside eatery close to the accident spot. The bus was on its way to Amritsar from Chandigarh.

According to the Police the accident occurred between the scooter and an i20 car. The Ropar police has booked the car driver under section 304 of IPC.

The ADGP did confirm that the bus belonged to the Dabwali Transport Company. Three passengers in the car had sustained injuries. The eyewitness told the police that the bus had forced the car off the road.