New Delhi: Amid various debates against VIP culture, an Air India flight has been reportedly delayed and three passengers, including a child, were allegedly offloaded to accommodate Union Minister of State for Home Affairs Kiren Rijiju and Kashmir Deputy Chief Minister Nirmal Singh. The AI flight was flying from Leh to Delhi.

According to reports, the flight doors were already shut for take off, on June 24, but it didn’t depart on the scheduled time, as Rijiju and Nirmal Singh had to be on-board. 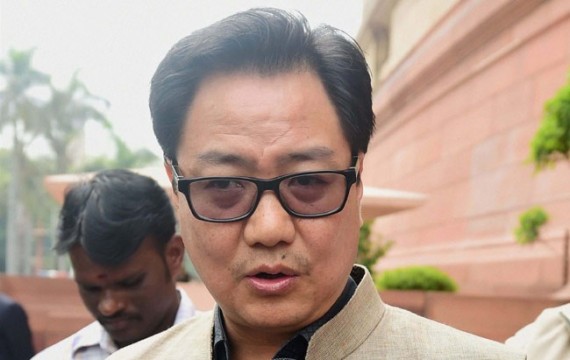 “I was supposed to return from Leh in a helicopter. But due to bad weather, the helicopter could not come from Srinagar to take me from Leh. Then, the Jammu and Kashmir deputy CM asked me to accompany him in the Air India flight which was supposed to depart at 11:40am,” he said.

“But to our utter surprise, when we reached the Leh airport at 10.20, we found that the door of the aircraft was closed and it was about to take off. Then the Deputy Chief Minister lodged a strong protest with the Civil Aviation Minister for the unannounced rescheduling of the aircraft,” Rijiju said. He said that after sometime, he and Singh were allowed to board the plane “and we could fly.”

The Union Minister Rijiju, however, denied the allegations and said he was not aware of de-boarding three passengers. “I am totally unaware whether anyone was asked to de-board. If it was done, it is completely wrong and unacceptable,” he told PTI. He also claimed it was not a “delay” and the flight was rescheduled due to technical reasons.