Chandigarh: The process of voting to elect representatives to 3 Municipal Corporations and 29 Municipal Councils and Nagar Panchayats would begin on 17th December, 2017 on 8 AM and last till 4 PM.

The spokesman also said that there would be a total of 873 polling stations in the state having 1938 polling booths. A total of 8000 election staff and 15500 police personnel would perform duties at these polling stations. 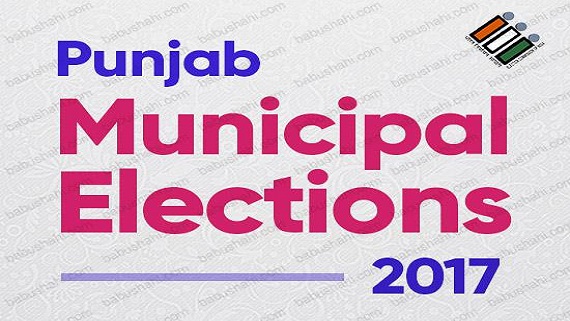 Similarly, the polls would be conducted in 57 out of total 60 wards of Municipal Corporation Patiala and 245 polling booths have been established in 68 polling stations. A total of 1016 electoral staff and 1711 police personnel would be deployed.

Divulging further, the spokesman said that the polls are also being conducted in 29 Municipal Councils/Nagar Panchayats having total 327 wards.  A total of 1350 electoral staff apart from 6500 police personnel would perform duty in these polls.

The spokesman further said that the commission has also ordered videography in all the polling stations declared very sensitive. As per the orders issued in respect of counting of votes when the voting process would be completed and the ballot paper prepared then only the returning officer of the ward concerned would order counting.