What Scottish independence referendum means for Asia, for India

I spent some of the best years of my life in Scotland. As a student at the University of Edinburgh I was exposed to many radical and liberal ideas that have contributed immensely in shaping my present work and life. Also, the great cultural and linguistic pride of the Scots resonated deeply within me. I’m a native Tamil speaker born in India, where a dominant culture of Hindi nationalism constantly looks to overpower other linguistic “minorities.” I believe that Scotland’s independence would not only give political, cultural and economic freedom to the Scots, but would also have astounding repercussions around the world. 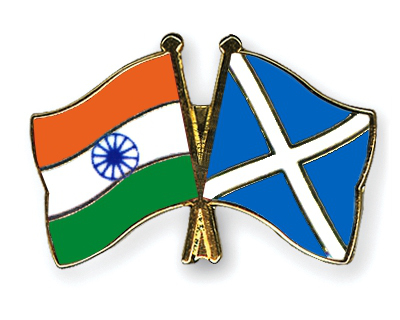 Asia is on a high at the moment. With the Chinese economy looking to overtake America’s and Indian businesses eager to grow under the auspices of its newly formed right-wing government, it would seem all is well in the east. But a closer look would reveal the million mutinies within. Be it the violent separatist movements of Xinjiang and Tibet in China, Kashmir and Manipur in India, or take the case of the exploited Rakhine people of Myanmar, cultural and economic dominance is prevalent all across the subcontinent. Kashmir was promised a referendum sixty years ago, and the Indian government has still not gotten around to granting them one.

China rules its people with an iron fist and is not necessarily the land of free thought. In India, I’m glad to note that freedom of speech and expression does exist, but only as long as it conforms to the majority’s definition of it. Any group that is first-past-the-post is considered a majority here, as it is in the UK. It would seem that India is similar to the UK in many ways, given the shared history. Starting with lazy bureaucracies, underrepresentation of minorities in mainstream politics, to unequal distribution of income and glaring regional inequalities.

The India of today is a union of many culturally exclusive states that were under the British Raj. These states did not have much to do with one another before the East India Company came into the picture. In fact, the north and south of India were completely disconnected from one another politically. When such a kaleidoscope of cultures forms a nation – sure it’ll face challenges, many of which, I might add, are direct results of colonialism. And India’s hesitancy to reform its system has led to many present-day problems. In recent times, the Indian Westminster style parliamentary system struggled under coalitions of unwilling parties that stalled policy and implementation, catering only to the states that contributed to political power at the centre. All other states were neglected. This has pushed an exhausted Indian electorate to vote for right-wing nationalists, the Hindi-Hindu BJP, hoping for faster economic growth, thereby trusting India’s future in the hands of religious autocrats. Unprecedented communal riots have broken out in many parts of India since the BJP came to power.

If today’s politicians deconstruct reality in a rational manner and form socio-economic policies that cater to the diverse needs of culturally different peoples of all regions, things might be different.

However, in nations that thrive on fanatic nationalism and patriotism, read India, UK, China, the US, et al, internal problems are often swept under the carpet. There is only one national narrative and only a few voices are heard.

This must change. Regional voices need to be heard. But do representative democracies serve that purpose? What other forms of democracies can we experiment with? After all, people’s welfare is the ultimate aim, isn’t it?

Many might say that we are better together as larger nations. Let us stay this way and work towards building our economic strength and regional power. Except, at what cost? By stealing natural resources? Exploiting whole communities? Obliterating “minority” cultures? These are questions that many are reluctant to ask.

In today’s war-torn, power-hungry, imperialistic and unfair world, it is rare that a country is given the chance to write its own future. To form a peaceful country that says no to wars and nuclear weapons, and upholds its cultural heritage while denigrating no other, a utopian land.

NOTE: Above write-up is part of an article previously published by Bella Caledonia under title: “What Scottish independence means for Asia, for India” on September 06, 2014 – before Scotland Independence referendum that took place on Sept. 18. Readers/ Visitors may check full article at source page: http://bellacaledonia.org.uk/2014/09/06/what-scottish-independence-means-for-asia-for-india/