What do we know about the NSO Group and its ‘Pegasus’ Spyware?

‘NSO Group’ is an Israeli spyware manufacturer that claims to sell its surveillance tools – the most well known being its Pegasus spyware – exclusively to governments and government agencies ‘to combat terror and crime’.

Its products have been misused multiple times to conduct unlawful surveillance against human rights defenders. In the past, it has been used to target an Amnesty International staff member, HRDs, activists, and journalists from Saudi Arabia, UAE, Mexico, Morocco, and Rwanda.

How does Pegasus work?

If infected by the Pegasus spyware, the user’s Smartphone is compromised. It can track keystrokes, take control of the phone’s camera and microphone, and access contact lists and encrypted messages. 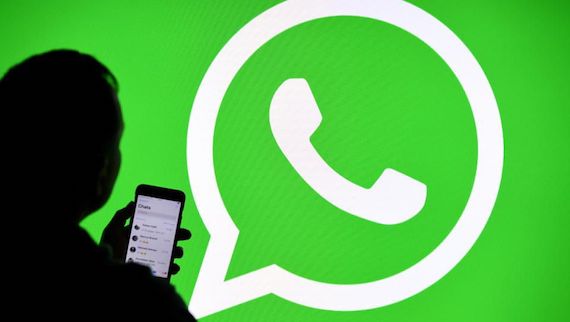 In addition to this, Amnesty International has also found evidence of network injection attacks that could also be attributed to NSO Group. Network injection attacks are generally called “man-in-the-middle” attacks. Through this, an attacker with access to a target’s mobile network connection can monitor and opportunistically hijack web traffic and silently re-route the web browser to malicious exploit pages.

How did the targeting via WhatsApp work?

NSO Group exploited a security vulnerability in WhatsApp until May 2019. In order to exploit this, the digital attack initiated WhatsApp calls to the target’s device. Attackers may have tried to exploit this issue by making calls multiple times during the night when the target was likely to be asleep and not notice these calls. Successful infection of the target’s device may result in the app crashing. There is a possibility that the attacker may also remotely erase evidence of these calls from the device’s call logs. Evidence of failed attacks may appear as missed calls from unknown numbers in your WhatsApp call log.

If I didn’t receive a notification from WhatsApp, does this mean I wasn’t targeted by NSO Group’s tools?

NSO Group’s Pegasus tool is used for targeted attacks and by design, is not meant for mass surveillance. This means that only select individuals would have been targeted. However, if you are a high risk user, i.e., an activist, journalist, or HRD involved in politically sensitive activism, you cannot presume that you have not been targeted simply because you haven’t received a notification from WhatsApp.

The attack was delivered by exploiting a vulnerability in WhatsApp. However, NSO Pegasus infections can also be delivered through other means. Based on information revealed by our own investigations, an Amnesty International staffer was targeted using SMS messages. One HRD in Morocco was targeted both before and after the attacks using the WhatsApp exploit, but not with the WhatsApp exploit itself. Both of them were targeted using SMS messages containing malicious links and network injection attacks that could also be attributed to NSO Group’s tools. This indicates that NSO Group has the documented capability to deliver infections through means other than WhatsApp.

If Whatsapp was targeted, can’t I just switch to another encrypted platform?

No. A vulnerability in the WhatsApp software was exploited to deliver the spyware. All complex software can have these types of vulnerabilities. This vulnerability was not a flaw in WhatsApp’s end-to-end encryption protocol.

This also does not mean that only the Whatsapp data of the target was compromised. If the attack attempt was successful, the spyware would gain full access to the device. Any other data on the device including encrypted platforms such as Signal or Telegram could then also have been accessed.

Can Pegasus plant data into my devices?

Based on publicly available information, planting data is not a feature of NSO Group’s Pegasus spyware.

What steps can I take to protect myself?

None of the security best practices offer complete and foolproof protection. However, it is a good practice to install the latest software updates of operating systems and encrypted messaging applications on your mobile device.

Pegasus remains a relatively uncommon threat and standard digital hygiene steps are still important. Keep your devices software up-to-date. Use a unique password for each service that you use and store these passwords in a secure password manager. Enable two-factor authentication on all accounts where it is available.

[If you or any of your HRD or civil society contacts or partners have received a notification and reached out to you, please be in touch with Amnesty Tech at [email protected]  or contact us on Signal or WhatsApp at +44 7492 882216. We would be keen to provide support to HRDs, who have been targeted, to ensure they take defensive security measures immediately, as well as to understand more about the attacks and investigate possible infections.]