When Abdali’s palanquin trembled is the story, how Sikhs marched towards building their own Raj (empire) literally from the stage of extinction in 18th century by following an unparalleled and unprecedented way. This is also story of the Sikh character that once wrote that history with its blood and spirit and now has gone through myriads of mutations since then.

It’s more important to talk about the characters for they represent the microcosm of the bigger Sikh spirit which guided the whole swing of history. There are three characters in the book: the grandfather (Dada ji), Gurnam Singh (Taya ji) and 13 years old Angad. In the entire book, Dada ji who is a representative of the older generation recites the Sikh struggle of 18th century, the atrocities they faced and how they grasp power at the end. Gurnam is a middle aged software engineer, aware about the history and facts, lacks proper interpretation; represents a rational, successful, urban and educated middle class group whose sentiments began to fade with the rise of reason in generation. Angad represents the recent generation born in the torrent of information flow era; quite naïve and innocent about Sikh history for they were born, raised and conditioned in a very different institution whose intent is to build a totally different collective ego-consciousness; much different from the one talked in the book; so different that in the future it is hoped to look and feel like a microcosm of a different culture and spirit. Angad’s questions and frequent inclinations in the book represent a renewal of an unconscious yearning waiting for being heard. The book also sets up a parallelism between Sikh struggle of 18th century and late 20th century.

The book is set up as a dialogue within three characters representing their generation groups but in the last two decades so much information has been forced under the throat and has not been digested. This represents the original problem: consciousness has been widened not the wisdom. This has resulted in the creation of generations; not three but more than that. So the dialogue asymptotically approaches the real nature of Sikh urban society.

The book though very simple and plain history, for a sensitive heart incites another parallelism inside: the one with present situation of Sikhs. Overall whether urban or rural; more educated or less; Sikhs as a spiritual group are losing their grip on their internal original nature. On the conscious level; this has been characterized by formations of different categories, internal conflicts, low level of criticism etc. When you see a debate among Sikh statesmen, leaders or groups; it’s not representative of the one mentioned in the book or the events of the Sikh history. Such dialogue doesn’t characterize Sikh ethos but seems to belong to some other lower domain; questions which should be interpretive of the macrocosmic and microcosmic reality are reduced merely to: what to eat, what to wear etc. The real question is lost somewhere. What has brought us here and what threads we have lost? 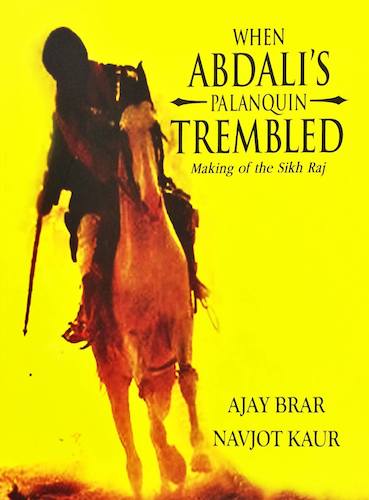 Spirituality or religion seen as compared to creed is two different phenomenon. The real quest which is holy, religious and spiritual sees meaning of existence in extramundane affairs and relationship to God. Creed however has its dynamism and expression solely in intramundane affairs. It externalizes itself according to the world reality so much that when seen back through this lens, it loses its authentic religious element and spirit. The discussion, codification and interpretation of scriptures have implicitly imbibed this character.

Another area of concern is the schism between faith and knowledge. Gurbani and elements of history are higher philosophy consisting of lots of symbolism. Some of the content can be easily understood as irrational and which has already created a huge rupture in faith and knowledge. The differences have manifested on conscious level in the formation of numerous groups. Totally rejecting the irrational is a mistake. This can render all the mythology meaningless rather than an attempt is required to rectify and organize our interpretation. The meaning that nature creates within oneself, however irrational it is, is very much the person himself. In Jung’s school of psychology, the symbolic meaning of water (in dream and myth interpretation) in some situations has been equated to unconsciousness, so it’s not just the visual and literal meaning that always matters. Our interpretation has merely reduced to literal meaning of words and sentences. This trend has attained widespread popularity, become a statistical truth and thus has devoid the authentic religious element. In Jung’s school unconscious is the ultimate source of religious experience, it is the basis of consciousness. Unlike consciousness which expresses objectively, unconsciousness experience is subjective, in the form of dreams, fantasies and emotions and thus of irrational and fuzzy nature. The cosmic introspection like “jo brehmandey soii pinday” coupled with advanced reasoning have never been contemplated and adopted as permanent structures in interpretation. The reasoning in our collective has suffered a big stagnation, it has never evolved. The book also struggles to interpret the history in such kind of higher structures.

Being categorized is a pure impulse in itself or it is a derivative of some form of ego. The existence of fear makes it compelling and natural. Mass mindedness is another chronic disease in society which has killed the beauty of individual. Society thrives as being de individualized and has killed the pure natural man. A de individualized man begins to mirror the mass mindedness. Thus already affected by the departure of faith and knowledge, the man ends up being inhabited by many men simultaneously within called split consciousness. Because he is a social microcosm and adds cumulatively to form a society thus characterized by dissociation. This gets manifested in formation of various deras, sects and groups. The Hindu brothers are in a severe situation of split; for their state has been made worse by the recent nationalistic propaganda which attempts to replace the metaphysical higher self with State. This is deprivation of the individual from himself and replacing it with a false utopian hope. The result is clear, one can easily see the pain on his face, and he is very agitated and violent on trivial issues and finds the minorities blamed for all wrongs. This is another area of discussion where one projects the darkness within himself unto others. This leads to walls and curtains within people. There has been a deliberate effort to create symbols in the conscious domain and set the reference point for ethics and morality based on them. The results are expected to repeat the fate of communism and fascism in earlier parts of the last century. The Guru never propagated the idea of such kind of nationalism so Sikhs should not deviate from their core like them.

Mass mindedness has created a category of literary intellectuals who find great content in finding a job and dedicating the life towards consumerism. Such kind of passivity has thrust back the originality of spiritual element to the back of human psyche.

Another consequence of mass mindedness has been repression and overlooking of instincts. Instinct is a package of energy experienced in conscious domain and is characterized by a certain aim and force. The ignorance leads to the accumulation of a dark side called shadow of an individual which finds its way out in moments of stress. Being cumulative the dark instincts have led to the culmination of huge crimes in history. Strangely and coldly, with passage of long stretches of time they have been forgotten and so called normality restored. But until and unless realized and recognized, those indelible instincts stay permanently within the collective psyche. They wait for the moment of stress to get unleashed and can lead to horrible crimes in future. However the recognition of such instincts leads to a state of modesty and humbleness and thus creates a platform for transcendental progress on both individual as well as collective level. The real religious experience should also be spontaneous and experienced on a timescale comparable to that of an instinct.

All this has led to misinterpret the term self-knowledge. It has just become the average knowledge of a person in the society. The knowledge of self is a painful exercise. It’s not just the conscious knowledge of one but much more than that. To embrace completeness, it’s a much exhausting endeavor in which one has to recognize his darker side and establish conciliation with it. The Guru appears to rescue such a soul.

Coming back to the book, to embrace the characters of history, one has to realize that integrity and strength Sikhs had established within themselves was not a phenomenon perchance. It was a transcendental growth first, for their spirit was always imbibed in the image of the Guru. There was no internal split of faith and knowledge and they sought no other rescue. And only such hands have the ability to handle the power which they did by viewing all kinds of people equally in the Khalsa Raj. While we the people of present age, like the characters representing different generations, have fallen prey the factors discussed above and now seeking how to lose and get rescued.

This work needs to be praised and we need more such works. But history is not just a plain collection of facts, events and statistics. We as a collective need holy and mature structures from Gurbani to interpret it and revitalize ourselves.