If the news of Mohammad Fazili, the man who was incarcerated for 12 years with regard to the 2005 Delhi blasts, haunted you for all the torture, misdemeanour and atrocity committed by the police force, know that this is but only a common affair for the citizens of Kashmir. Kashmir, the world’s largest militarized zone, holds record for another dishearteningly prominent incident that occurred there 26 years ago, something which has always been a source of great embarrassment to the Indian State. 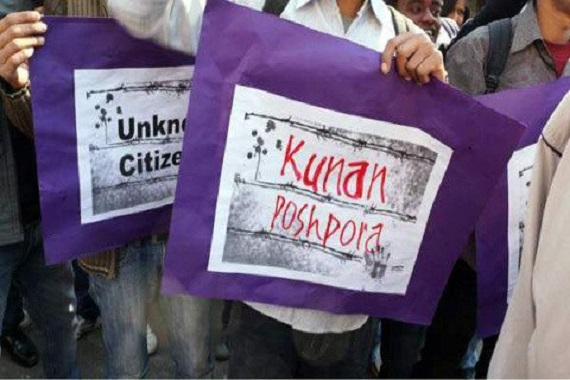 After a tiring and snail-paced progress of the case for nearly 22 years, a group of 50 Kashmiri women petitioned the Supreme Court of India in 2013 to reopen the investigations into Kunan-Poshpora, reinvigorating the need for justice in every victim again. After another round in the Kashmir High Court, the case is still pending in the Supreme Court of India currently. If the age-old adage of ‘justice delayed is justice denied’ has any credence, than for the victims of Kunan-Poshpora justice is but only a mythical far-off idea, probably forgotten. But then again, so is it the case for Kashmir entirely with the apathy of the Indian State and its people. Apathy is the most dangerous phenomenon that is the forerunner of crime and injustice.

The fact that the victims are yet to receive a glimpse of justice, and the fact that for 26 long years hardly has there been any catharsis at all for the victims shows the extent to which the Indian State is insecure in accepting that its forces do commit crimes in the Kashmir valley. There is a deep sense of insecurity to acknowledge the countless rapes, murders and enforced disappearances in the valley, as has always been the case (and there are countless reports testifying to these statistics). Sexual violence is a common warfare strategy to crush the opposition and break the morale of the enemy so as to remain powerful and predominant, something that the Indian Army regularly propagates in Kashmir to create an atmosphere of fear and environment of subservience. It is a tragedy that we celebrate our Indian Army for their achievements, which is fair enough, but never be critical of the body when it wreaks havoc. We want Kashmir to be a part of India but we will keep them by force because they resist the rapes, murders and disappearances committed by our forces. Even if they are only civilians without any militant connection at all. Forceful and violent subjugation is a terrible art which the Indian forces seem to have a doctorate in.

When the petition was made to the Supreme Court of India in 2013, it was an important incident that triggered the young Kashmiri women who took the initiative to reopen the case. The nation under the grip of the anti-rape protests soon after the Nirbhaya case. The entire outrage and anger over what happened to Nirbhaya provoked the young women to reopen the 22 year old long case. This was not only an endeavour for justice for this one case, but something much more beyond. It was an aspiration and effort to speak truth to power. To let the all-powered State to know that the women of Kashmir will not take sexual violence committed by its forces in the stride. To let the Indian Army know that it cannot feel immune to the crimes it commits. To engage with all of this and to fight back against oppression, against violence and against subjugation. The spirit of the 50 odd women to challenge their own patriarchal society (wherein talk of sexual violence et al is a heavy taboo) for a larger cause emblematizes their resistance against sexual violence and undying hope for justice.

Even recently when a delegation of Kashmir was set to visit the United National Human Rights Commission in order to apprise the Commission of the countless number of violations committed by the Indian Army in Kashmir, members of the delegation were held back from travelling and Mr. Khurrum Pervez was further arrested ( in contravention to procedure established by law). Human Rights and civil liberties activists in Kashmir face a constant hounding from the forces, in a perpetual effort to detract activists from raising questions, propagate dissent and legally engage in their crimes. It is this kind of constant monitoring and hounding that has made Kashmir an undemocratically Orwellian martial land.

February 23rd is commemorated as Kashmiri Women’s Resistance Day keeping in mind the great amount of resistance and undying spirit the victims of KunanPoshpora have so marvellously held. It is imperative that the struggle of these women are recognized by everyone for the great source of inspiration that it is and the unusually fantastic spirit that it bestows. Selective empathy is a disaster for the idea of justice and if one engages in such an exercise, then justice for sexual violence shall always remain only elusive.

Einstein’s words against Fuhrer Hitler’s propaganda becomes most important for the Indian State to acknowledge in the context of Kashmir- “Peace cannot be kept by force; it can only be achieved by understanding”.

Sabarish Suresh is a law student at the O.P Jindal Global University, Haryana. He is interested in Criminal Law and Human Rights and also actively writes on gender and sexuality.