Why & how NRI Ranjit Power was murdered: What police says about murder mystery

Jalandhar: The Punjab police has claimed to have solved the mystery shrouding the murder of a UK-based NRI Ranjit Singh Power. Ranjit Singh Power was native of Jalandhar in Punjab who was residing in UK where he owns a four star hotel.

Police says conspiracy to kill Ranjit Singh Power was hatched by none other than his business partner Baldev Deol and his driver Sukhdev. Baldev Deol is also a UK based NRI. 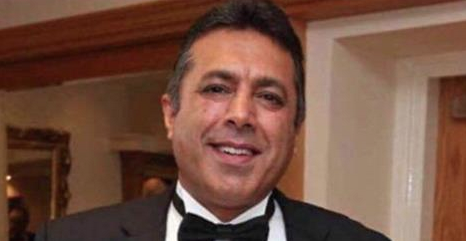 Jalandhar Deputy Commissioner of Police (DCP) Rajinder Singh addressed a press conference this evening to disclose the details of police investigations in this case. According to police, after strangulating Ranjit Power, Baldev Deol and Sukhdev had thrown his body in a canal near Anandpur Sahib. He said that the dead body of Ranjit Power was recovered earlier today.

DCP Rajinder Singh said that Ranjit Power who used to live in Wolverhampton was purposely called to India by Deol on some pretext after hatching a conspiracy to kill him.

DCP told reporters during the press conference that Ranjit Power landed in India on 8th of May, 2015. He was received by Baldev Deol and his nephew at Guru Ramdas International Airport, Rajasansi (Amritsar ). Trio left the airport in Toyota Innova car with registration no. PB 08 CP 0593 at about 3.30 pm.

He said that trio spent some time in Amritsar and then reached Kiratpur Sahib near Anandpur Sahib.

When they reached Kiratpur Shaib Power had got heavily drunk and taking advantage of his situation, Baldev Deol and his nephew Sukhdev covered Ranjit Power’s head with a polythene bag and strangulated him resulting into his death. His body was then thrown into the Canal after taking off his clothes so that his body could not be easily identified, he added..

Media reports say that the police have also recovered briefcase and certain other belongings of the NRI dumped at a flat in Jalandhar.