[LETTER TO THE EDITOR]

We are really disappointed with Badal Govt’s failure to act on the confessions and accusations against senior police officers made by former police officer/cat Pinky. Why is Badal government acting “dumb and blind” on such serious issue of innocent killings in Punjab? Have the Badals forgotten that before elections and coming into power they had promised to punish the guilty police officers involved in innocent killings? Can anybody from the Badal Govt. explain, why are they ignoring such a big serious issue now?

Same Badal Govt. was quick to act against the organizers of Sarbat Khalsa for speaking out against Badals and their controlled SGPC. 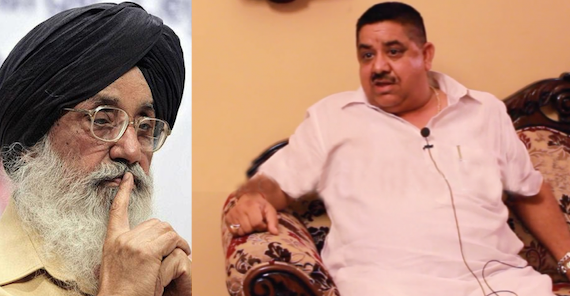 Similarly the same Badal Govt. was quick to act against Journalist Baltej Pannu when a woman accused him of rape. Badal Govt. took it very seriously and acted quickly, because they already wanted to take some action against Pannu who used to write against the wrong doings of Badal Govt.

Innocent people are suffering in jails unnecessarily. Whereas same Badal Govt. is acting “dumb and blind” on such a serious issue of thousands of innocent Sikhs killed in fake encounters and police atrocities. Why doesn’t the Badal govt. want to punish those guilty officers murderers of innocent persons?

Badals who were quick to act against Journalist and organizers of Sarbat Khalsa, why the same Badals can’t act against guilty police officers? Which one is more serious bigger crime, speaking out, expressing views against the Govt. Or killing thousands of innocent persons? Which one should be high priority of the ruling Govt? Come on Badal Govt. Wake up and act now on this big issue of innocent killings.

I’ll also request Media, Human Rights Organisations, Opposition political leaderships to keep reminding and questioning Badal Govt. on this issue of Police cat Pinky’s admission and accusations against senior police officers involved in innocent killings. Don’t let Badals succeed in ignoring and acting Dumb on this serious issue. Thousands of victim families who lost their near and dear family members, deserve to get Justice and see the guilty punished for their crimes of innocent killings.