Why there’s ban on beef in India, why not on liquor and cigarette also? asks Dal Khalsa

Amritsar, Punjab: Sikh hardliner group Dal Khalsa has contested the move engineered by RSS-BJP to ban beef in J&K and other states wondering why liquor and cigarette were not being banned throughout the country.

Talking to media persons, party head HS Dhami and spokesperson Kanwar Pal Singh said ever since RSS sponsored Modi government has taken the reins of power, the Hindutva elements have intensified their efforts to impose their communal hegemony on minorities. “We would like to reassert that none not even judiciary could enforce anyone to change one’s belief system”.

They said the word secularism has lost its meaning in India and added if the ban on cow slaughter was to be continued in the country than there should also be countrywide ban on liquor and cigarette as both the products too offend the religious sensitivities of certain communities. 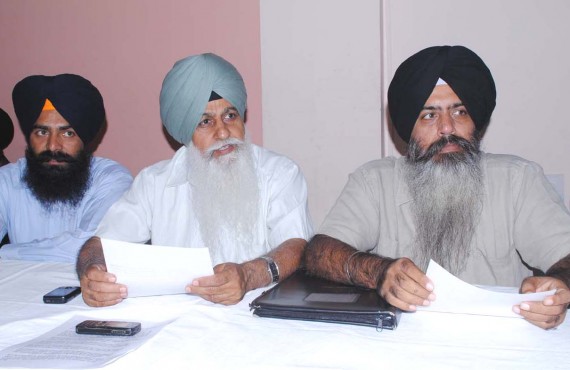 Stirring up a controversy with its demand to lift the ban on cow slaughter in Punjab “strictly for financial reasons”, the Dal Khalsa favoured setting up cow slaughter houses in the state.

Denying that their demand had any sectarian connotations, party head H S Dhami said “if states like Kerala, West Bengal and the seven sisters in the North east can allow cow slaughter, why not Punjab. When asked whether the Hindu community would not object to the demand, he said “two of the five largest exporters of beef in India were Hindus”.

Elaborating further, he said lifting ban on cow slaughter would go a long way in the uplift of farmers, struggling to repay loans. It would also check suicides among farmers.

“It would fetch good rates. As of now, the farmers were abandoning their cattle at lonely places”, they said. “Moreover, stray cattle were resulting in road accidents”.

Clarifying that their intention was not to hurt the religious sentiments of any community, the party’s spokesperson Kanwarpal Singh said the move would boost beef export, besides promoting leather and pharmaceutical industry in the region.

He added that already in nine states there was no ban on cow slaughter, while in two other states it was partially imposed.