It is notable that Prof. Bhullar was brought to Amritsar this afternoon amidst tight security. On reaching Amritsar Central Jail, Bhullar was immediately referred to Guru Nanak Dev Hospital, where he was examined by a team of psychiatrists led by Dr PD Garg. After examining him, the team of doctors said Bhullar has been suffering from acute depression. Later, he was admitted to the psychiatry ward of Swami Vivekananda De-addiction and Treatment Centre of the hospital. He has been allotted a separate room on the first floor of the Centre. 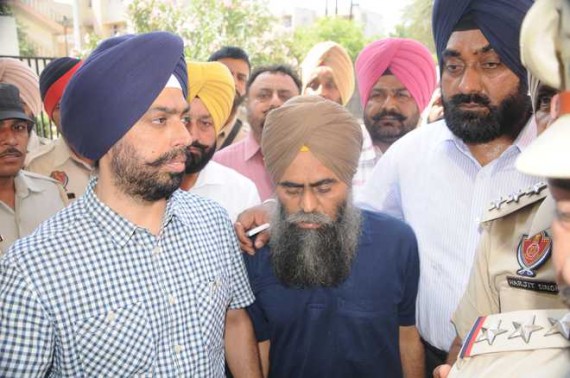 Prof. Bhullar has been in jail since 1995. He was sentenced to death by a TADA court in 2001 and in 2002 his death sentence was confirmed by Supreme Court of India in a fractured decision- with presiding judge of three judge bench acquitting Prof. Bhullar and other two judges confirming the death sentence.

Prof. Bhullar remained on death row for 14 years. His sentence was commuted by Supreme court of India on March 31, 2014 in wake of multiple factor, including prolonged detention, over a decade long detention under death row and deteriorated health condition.