New Delhi: A US Diplomatic cable published by Public Library of US Diplomacy (PLUS D), commonly known as Wikileaks, contains a number of political highlights from Embassy New Delhi for Decemebr 17-21, 2007, including information and comment about the court order reopening November 1984 case against Jagdish Tytler. The cable notes that in the days after Indira Gandhi’s assassination, Jagdish Tytler was among the local Congress Party leaders competing with one another to see which wards would shed more Sikh blood. 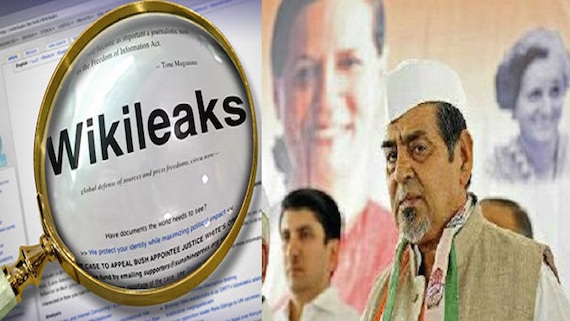 Sikh Siyasat News (SSN) reaccessed this cable today which dates back to 2007. The relevant portion of this mentioned US cable reads as follows:-

1. (U) Justice may yet be served in the case of former Congress Minister Jagdish Tytler’s orchestrating role in Delhi’s 1984 anti-Sikh riots. A Delhi court has ordered India’s Criminal Bureau of Investigations (CBI) to reopen the case against Tytler to take into account statements from a key witness. Jasbir Singh, now settled in the U.S., claimed to have overheard and seen Tytler inciting and leading murderous mobs in North Delhi during the riots. The Nanavati Commission’s original investigation into Tytler’s role during the riots found “credible evidence” that he played a role in organizing the communal attacks, but the CBI controversially recommended closure of the case in September for lack of evidence and because Jasbir Singh supposedly could not be traced. Singh filed his affidavit in 2000 but subsequently moved to the U.S. where Indian authorities insisted they had been unable to reach him until he recently resurfaced through media outlets following the closure of the case.

2. (C) Comment: Tytler’s day in court is long overdue. In the days after Indira Gandhi’s assassination, he was among the local Congress Party leaders competing with one another to see which wards would shed more Sikh blood. In exhorting his party cadres and goons to kill more Sikhs, he is reported to have told them they shamed him in the eyes of the top Congress leaders because there were fewer killings in his wards. The killing by his henchmen apparently ensured his success in establishing Congress Party bona fides and demonstrating fealty to the Nehru-Gandhi dynasty because he has regularly been given the Congress Party ticket in parliamentary elections since then and has served as a federal Minister in Congress-led governments. The role of Tytler and other Congress leaders continues to be a millstone for the Congress Party and the secular credentials it professes to espouse. Many commentators view the Congress Party’s involvement in inciting and murdering innocent civilians in 1984 as far worse than the purported role of Gujarat Chief Minister Modi in condoning the 2002 Gujarat riots. While these recent court developments do not imply that we will see Tytler’s conviction — none of the mob leaders have been convicted in the 23 years since the riots — they are a step towards justice for the families victim to Tytler’s murderous actions in 1984. The court’s order shows how the CBI has become a pliant pawn of political masters but also demostrates the fierce independence of the Indian judiciary. Note: Despite his notoriety, we learned recently that Tytler has a valid B1/B2 visa. End Note.

Note: Visitors/Readers of the Sikh Siyasat News (SSN) may access above document at Wikileaks website at source page: https://www.wikileaks.org/plusd/cables/07NEWDELHI5380_a.html