Chandigarh: Punjab Deputy Chief Minister Sukhbir Badal has announced to turn the state jails as virtual ‘Correction Homes’ by ensuring implementation of Jail manual in true letter and spirit and asked ADGP/Prisons to take all required steps to check any illegal activity especially usage of drugs or mobile phones in jails by jail inmates.

As per a written release issued by Deputy CM’s office, Sukhbir Badal- who also holds the Home portfolio and now these days, is in China leading a high level delegation reviewed the yesterday’s joint swift action of Punjab police and Jails department in State jails with Punjab DGP Suresh Arora and ADGP/Prisons MK Tiwari through telephone.

Sukhbir Badal further said in this statement that stringent legal action should be taken against any violation so that these jails shouldn’t become breeding ground for anti social elements and encourage their illegal activities. He also emphasized the need for usage of latest technology in the form of jammers, CCTV cameras besides pressing in to service the highly trained sniffer dogs to keep tab on notorious jail inmates. 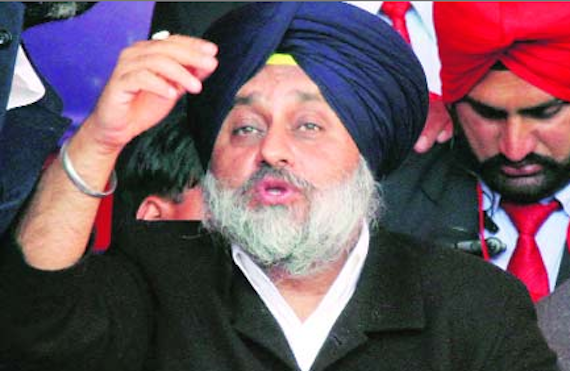 Punjab DGP Suresh Arora informed the Deputy Chief Minister that keeping in view the shortage of Officers in jail department, the State Police has decided to post some tough officers as Jail Superintendents for efficient management of central jails.

He said that during the recent statewide search operations, some shortcomings have been noticed and Jail department has been apprised of those. He said that 82 mobile phones were seized in last four months and 65 more have been recovered yesterday. He said that soon all the jails of state would have sufficient jammers and coverage of their every nook and corner with CCTV cameras.

He categorically said that the State police would extend every possible help and support to Jail department to keep these jails free of objectionable/prohibited material so that these could never become house for drugs and organized crime.

Meanwhile, two DSPs namely Kulwant Singh, Deputy Jail Superintendent, Amritsar and Devinder Singh Randhawa, Superintendent, Patti Sub-Jail have been placed under suspension by the State government. ADGP/Prisons MK Tiwari said that a high level enquiry has been constituted to fix the responsibility within seven days and stern action including dismissal from service could be taken against erring officials.