Ottawa, Canada: The World Sikh Organization of Canada is deeply concerned by Bill C-75, the “Oath of Citizenship Act”, introduced by the government last Friday, shortly before the closing of the parliamentary session until after the fall election. The Bill would prohibit the wearing of niqabs by Muslim women during citizenship ceremonies, requiring that all candidates be “seen and heard” reciting the oath of citizenship.

The Bill comes following a recent decision by the Federal Court of Canada that found a rule requiring all new citizens to remove the niqab while taking the oath of citizenship unlawful. The Federal Government is appealing the ruling.

Similar legislation prohibiting the niqab has been tabled in Quebec by successive governments since 2010 but has never been passed and become law. 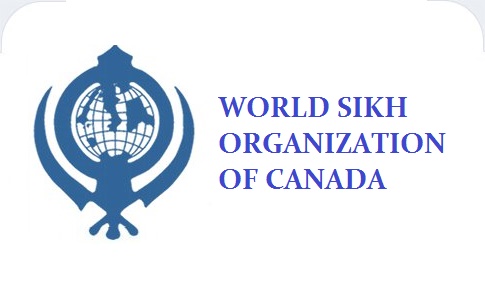 Although the Sikh faith believes in the total equality of men and women and expressly forbids the practice of veiling for women, the WSO has consistently challenged legislation that would restrict freedom of religion and has called for a fair and principled discussion on the issue of religious accommodation.

WSO President Dr. Amritpal Singh Shergill said today, “while we can agree or disagree with the practice of wearing the niqab, the solution is not to take away the right to informed choice from these women and force them to dress in a certain way. Freedom of religion is a Canadian value and women who choose to wear the niqab must be afforded the fullest protection of the law. Religious practices, as long as they are not harmful to others, must according to Canadian law be accommodated to the point of undue hardship. Simply disagreeing with a religious practice, or feeling uncomfortable about it, is not reason enough to restrict it.”

WSO Senior Vice President Kulmeet Singh Sangha said, “It is inappropriate to politicize an issue as sensitive as the wearing of the niqab because doing so has the potential of marginalizing an already vulnerable minority. Freedom of religion is a principle that defines who we are as Canadians. Questions surrounding the wearing of the niqab must be informed by principles and the law, not politics.”