The World Sikh Parliament that was formed to pursuant a resolution of the Sarbat Khalsa (national gathering) held in the Sikh homeland Punjab in November 2015 has recently recognized April 29th as “Sikh Declaration of Independence Day”.

The official Proclamation was issued by General Secretaries Manpreet Singh and Hardyal Singh and contexualises the historical significance of the declaration of independence made by the Sikh leadership on April 29th 1986. 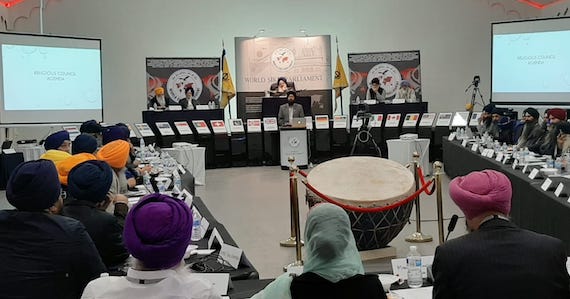 The Proclamation also reaffirms the World Sikh Parliament’s commitment to the aspiration of sovereign statehood of the Sikh homeland, and for its delivery in accordance with the Sikh nation’s right to self determination under international law.

At a time when the Indian state, having carried out genocide against the Sikhs since 1984, continues to use force to deny that right, it is important to honour the sacrifices of our martyrs by pledging our ongoing commitment to their cause. 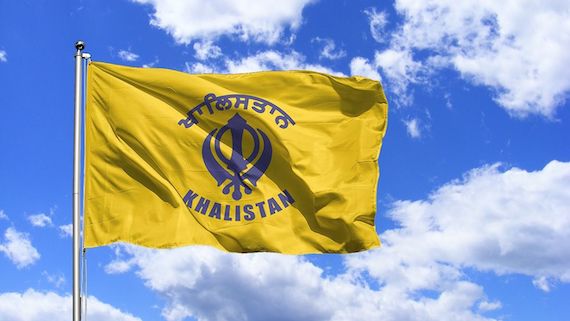 This year World Sikh Parliament has also undertaken a high profile media campaign in seversl cities in the USA, using billboards and other media to highlight the 1986 declaration of independence by the Sikhs and the need to implement that aspiration as the only credible means of resolving the Indo-Sikh conflict in a peaceable and democratic manner.


The text of the Proclamtion States is set out below:

WHEREAS, Sikhism is the fifth largest independent religion, founded by Guru Nanak Sahib in 1469 based on monotheism, universal truth and equality, which now has more than 35 million followers worldwide, who this year mark the 550th anniversary of the Guru’s birth; and

WHEREAS, the Sikh people, constituted as a sovereign nation by our Gurus, aspire under the guidance of Sri Guru Granth Sahib Ji to live according to the spiritual and temporal tenets of our faith, submitting only to the will of Waheguru, the Creator; and

WHEREAS, Sikhism originated in the Punjab region of South Asia and Sikhs have overcome massive suppression to create, over several periods, sovereign states in their homeland to demonstrate their desire and ability to rule in a just manner and ensuring dignity and prosperity for all, without regard for caste or creed; and

WHEREAS, the Sikh nation has been forcibly denied statehood in its homeland since the arrival of further colonial rule, initially by the British since 1849 and then by the Indian state since 1947, despite our daily prayer seeking restoration of sovereign self-rule; and

WHEREAS, India has committed genocide against the Sikhs since 1984 in order to crush a lawful and legitimate freedom struggle, in response to which the Sarbat Khalsa, the supreme temporal decision-making body of the Sikhs, resolved on 26 January 1986 to create a sovereign state in Indian-occupied Punjab as the only effective means of exercising the Sikh nation’s right of self-determination as enshrined in international law and which led to the formal Declaration of Independence by its appointed ‘Panthic Committee’ on 29 April 1986; and

WHEREAS, Sikhs in Punjab and across the world have since that historic Declaration, which spoke of freedom, equality, and social justice to all, made great sacrifices to secure resolution to the Indo-Sikh conflict according to that cherished national goal and we salute the martyrs of our noble freedom struggle; and

WHEREAS, with values nurtured by Sikh faith that include the freedom of religion, speech and expression, we stand in solidarity with those marginalized and oppressed people of the world who are also struggling for their independence and basic human rights and we applaud the international community’s adoption of fundamental human rights as inalienable requirements of the world order, in particular the adoption by the United Nations of Article 1 of the 1966 Covenants on Human Rights which gives pride of place to the right of self-determination as the only effective guarantee of other human rights; and

NOW,THEREFORE The World Sikh Parliament reaffirms its commitment to our national aspiration of sovereign statehood for our homeland, delivered in accordance with international law, and hereby recognizes