Paris/Chandigarh: The organisers of the World Sikh Parliament (WSP) held a gathering of the organisation in Paris, France on September 29 and 30. The gathering that was called as the first general meeting of the WSP was attended by members of WSP from various regions. 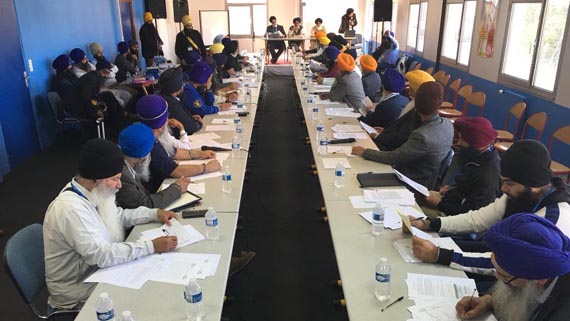 A view of World Sikh Parliament meet held at Paris on September 29, 2018

WSP members deliberated on various issues concerning the Sikhs and passed six resolutions, including the resolution supporting the right of self-determination for the Sikhs. The WSP resolved to work for getting international recognition for the fact of Sikh Genocide of 1984. 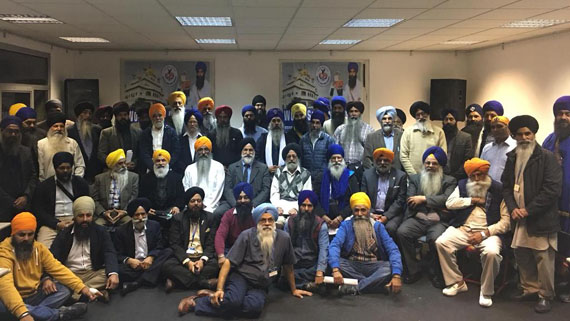 A group photo of World Sikh Parliament members and others who participated in Paris meet on September 29 and 30, 2018

S. Manpreet Singh, a member of the co-ordination committee of WSP has shared official release and documents issued after the WSP’s Paris meet, which are being reproduced below for the information of readers of the Sikh Siyasat News (SSN):

The World Sikh Parliament (WSP) is established to represent, at national and international levels, the interests of the Sikh Nation, Sikh communities and Sikh organizations around the world, irrespective of their of cultural, linguistic and social background. The WSP will deploy whatever resources needed to promote the social, religious, political, linguistic, human and environmental rights of Sikhs across the world and to promote Sikh empowerment and Sikh Sovereignty.

First general meeting of members of WSP held in Paris from 29 to 30 September 2018 started after Ardass under the divine light of Guru Granth Sahib Ji. It was conducted under guidance of the “Five Singhs” thus reviving the Panj Pardhani Khalsa traditions and concept of Miri and Piri where decisions are taken as per directions of Gurbani.

2-An Advisory Council of specialists with the field of specialization such as Solicitors, Doctors, Engineers, Business men, Farmers, Industrialists Accountants, Educationists Defense Specialists, Economists,Historians, Media and ITI experts etc. will be made soon.

3-Sikh institutions throughout the world will be persuaded to switch over to a selection system, reinstating the concept of Miri and Piri, making a World Gurdwara Management committee, with uniform set of rules for preachers to keep the community united. It was also decided to establish a Sikh World Bank.

4- It was decided to fully support all Sikh organizations/individuals from Punjab/India who are working day and night for unity and Chardi kala of the Khalsa Panth.

5- Members well recognize that the RSS operating with the Brahmnical doctrine of “Hinduvta” has definite plans of suppression of Sikhs and and other Minorities in India.

Sacrilege of Sri Guru Granth Sahib Ji or any holy scriptures is a most heinous crime. Parkash SinghBadal as state Chief minister partner of BJP/RSS and Sumedh Saini, the then DGP are directly responsible for this and cold blood murder of peacefully protesting Sikhs as per findings of Justice Ranjit Singh report. Punjab/Indian government should immediately arrest and punish them without any further delay.

6- Panthik leaders running the Bargari morcha should invite and embrace all Farmers, Shiklighar, Backward/Scheduled casts/tribes, down trodden classes and all minorities including Christians, Muslims,Jains and Buddhists to Bargari because Guru Granth Sahib is common heritage of the entire mankind.