The TWU case revolves around the decision of the BC and Ontario law societies not to accredit graduates from Trinity Western University’s law program because of the university’s community covenant. 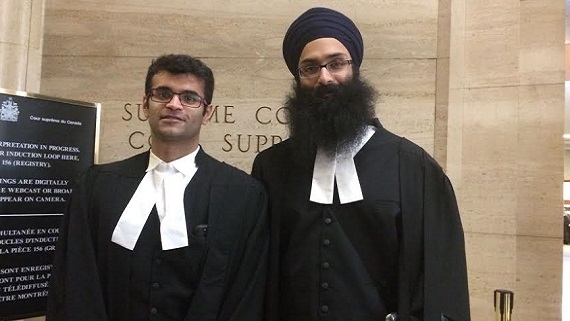 It is said that the WSO was the only non-Christian intervener in the case and was granted intervener status in the case by the Supreme Court of Canada on August July 31, 2017.

Sikh rights group WSO was represented by legal counsel Balpreet Singh and Avnish Nanda.  In his oral arguments, Avnish Nanda argued that the same standard of review should apply in all situations where administrative decisions engage Constitutional matters.

The president of the Sikh rights group Mukhbir Singh said, “the WSO believes it is essential for the Sikh community’s perspective to be heard in important cases involving freedom of religion. While in the TWU appeal we did not take a position on the merits of the case, our argument focused on the broader issue of the standard of review for Charter cases. The issue of standard of review was key in cases like Multani and Loyola and will continue to have an impact in the future. Our submissions focused on the argument that different standards of review should not apply depending on the nature of the constitutional question that is engaged.”