Ottawa, Canada: This month, the World Sikh Organization of Canada will once again be hosting the #AskCanadianSikhs panel series in Brampton, Edmonton and Surrey. The subject of this year’s panels will be the inclusion of “Sikh (Khalistani) Terrorism” in Public Safety Canada’s 2018 Report on the Terrorism Threat to Canada.

Last year, in response to misleading reporting and false allegations of extremism and radicalism, Sikh Canadians came together and spoke out against the misleading narrative created by a small group of reporters with the #AskCanadianSikhs campaign. The WSO held the first series of #AskCanadianSikh panels to address these issues in April 2018. 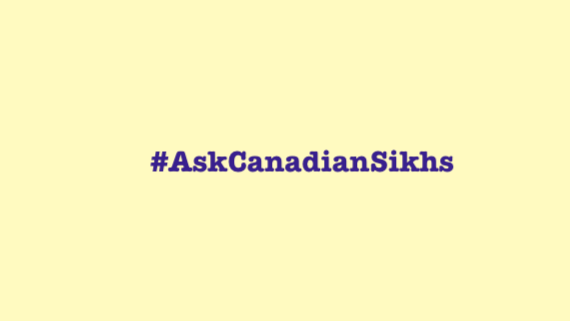 This year, Sikhs across Canada expressed their shock and disappointment at the inclusion of “Sikh (Khalistani) Terrorism” to the 2018 Public Safety Canada Report on Terrorism Threats to Canada. The report does not make any reference to current extremist activities in the Sikh community and simply states, “some individuals in Canada continue to support Sikh (Khalistani) extremist ideologies and movements.”

Despite a widespread outcry by Canadian Sikhs and many elected officials who rejected the inclusion of the Sikh community, the Report has not yet been revised and the section continues to be included.

To address this issue, the WSO will be hosting a panel series featuring Dr. Jasjit Singh, renowned UK researcher who has done extensive research on the maligning of the Sikh community within media and government. Dr. Singh will be joined by WSO’s Balpreet Singh and various local panelists across the country to explore the reasons behind the maligning of the Sikh community and what the community can do in response.