The exemption for turbaned Sikh drivers or passengers who are over the age of 18 will be given effect through a Ministerial Order amending the Vehicle Equipment Regulation in the Traffic Safety Act. 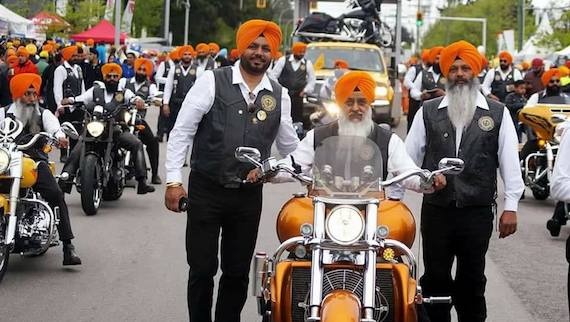 Alberta will be the third province in Canada to allow this exemption, alongside British Columbia and Manitoba. Sikhs in Ontario have long called upon the Ontario government to create a similar exemption there.

Tejinder Singh Sidhu, WSO Vice President for Alberta said today, “The WSO welcomes today’s announcement by the Alberta government to exempt turbaned Sikh motorcyclists from helmet requirements. The wearing of the turban is an essential part of the Sikh identity and represents the Sikh values equality and spirituality. Creating an exemption for Sikh motorcyclists allows them to ride their bikes without having to compromise with the requirements of their faith. Similar exemptions for Sikh riders have been in place in British Columbia and Manitoba for years without any impact on road safety.”

WSO President Mukhbir Singh said, “Sikhs across Canada are encouraged by today’s announcement. Creating this narrow exemption for Sikh motorcyclists strikes the right balance between safety and allowing Sikhs to freely practice their faith. We are hopeful other jurisdictions in Canada will follow suit, particularly Ontario, were Sikhs have along called for a similar exemption.