Ottawa:  The World Sikh Organization of Canada welcomes today’s apology by Prime Minister Justin Trudeau on behalf of the Government of Canada for the Canadian Government’s decision in 1914 to refuse entry to the Komagata Maru.  The ship, carrying 376 mostly Sikh passengers from Punjab, British India was turned away after two months of being refused entry at the Vancouver ports.  The WSO has reached out to provincial minsters of education across Canada, calling for the Komagata Maru tragedy and the racist immigration policy behind the incident to be made part of school curricula. 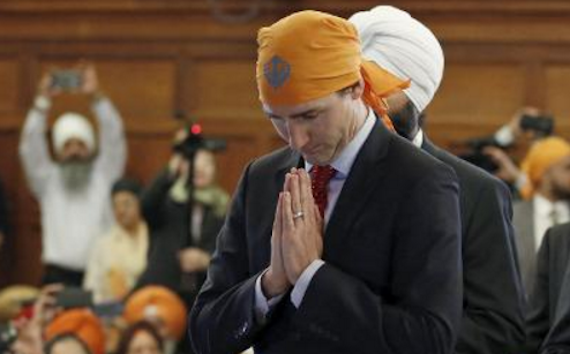 The Komagata Maru and its passengers, despite being British subjects, were denied entry due to racist immigration controls established by the Canadian government to exclude non-European immigrants.  In response to race riots and “anti-Asiatic” parades, driven by fears that Canada would be overrun by Asian immigration, the Canadian government passed an Order in Council in 1908 prohibiting immigration of individuals who did not come to Canada via a continuous journey from their country of birth or citizenship.  In effect, this law prohibited the entry of all immigrants from India, as a continuous voyage was not possible without a stopover. Other Orders in Council also prohibited the landing of Asian immigrants that did not possess $200 upon arrival.  At the same time, Canada was welcoming record levels of European immigration.

While Prime Minister Trudeau’s apology in the House of Commons recognizes the “dark chapter” the Komagata Maru incident as well as the exclusionary and racist immigration laws represent in Canadian history, it is important that this chapter is neither forgotten nor ignored.  The WSO has written to provincial ministers calling for the Komagata Maru incident to be included in school curricula across the country.

WSO President Mukhbir Singh said today, “Prime Minster Trudeau’s apology in the House of Commons today is a historic moment for Canadian Sikhs and recognizes the dark chapter the Komagata Maru tragedy marks in Canada’s history.  While Canada is today a model of multiculturalism and inclusivity, it is important for us to understand that it was not always.   We believe it is essential that the Komagata Maru incident, as well as the anti-immigrant sentiment that fueled this incident, be made a part of our provincial education curricula. It is important that we as Canadians teach our youngsters to confront issues such as racism and xenophobia and learning about the Komagata Maru incident is an excellent opportunity to do so.”

The WSO has offered its assistance to the provincial minsters of education in providing resources to help make the Komagata Maru a part of their education curricula as well as links to existing educational materials.