New Delhi: A day after Supreme Court of India Deputy Registrar (Research) maintained to have resigned from his post in protest against Yakub Memon’s hanging, the Supreme Court of India secretary general VSR Avadbarti issued a note maintaining that the reports in electronic and print media about Dr Anoop Surendranath’s resignation were “distorted news items”. 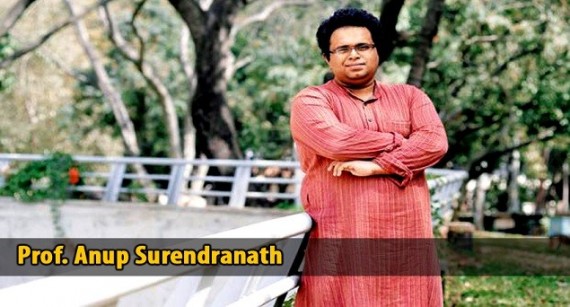 In his note released on August 2, SCI Secretary General said:

“The Registry of Supreme Court of India takes a serious objection to the distorted news item reported by Electronic and Print Media that a Deputy Registrar of Supreme Court (Dr. Anup Surendranath) has resigned in protest of the execution of Yakub Memon or order of the Apex Court against stay of his execution. This is not only incorrect but highly misleading. In fact, a faculty from National Law University (Dr. Anup Surendranath) who was working on short-term assignment on deputation in Supreme Court as Deputy Registrar(Research) has been repatriated to his parent Institution w.e.f. 31-7-2015 on his own request as he wanted to pursue his interest in research projects in which he is involved in. The position can be verified from his letter dated 31-7-2015 which is enclosed.
In order to dispel any misgivings created due to distorted news item, the Electronic and Print Media may immediately present the correct facts before the Public”.

As per media reports the Supreme Court administration is contemplating action against Dr Anup Surendranath, who resigned as the court’s Deputy Registrar (Research) on Friday, after expressing his opinion that its decision in the Yakub Memon case amounted to “judicial abdication”.

The Supreme Court administration says that Dr. Anup Surendranath had not cited decision in Yakub Memon’s case as reason for his resignation. While Surendranath may not have cited the Yakub case in his resignation letter, in his Facebook post on August 1, he said:

“I have been contemplating this for a while now for a variety of reasons, but what was played out this week at the Supreme Court was the proverbial final nail — I have resigned from my post at the Supreme Court to focus on death penalty work at the University.
It is in many ways liberating to to regain the freedom to write whatever I want and I hope to make full use of that in the next few days to discuss the events that transpired at the Supreme Court this week”.

Note release by Secretary General of Supreme Court of India reads as follows: 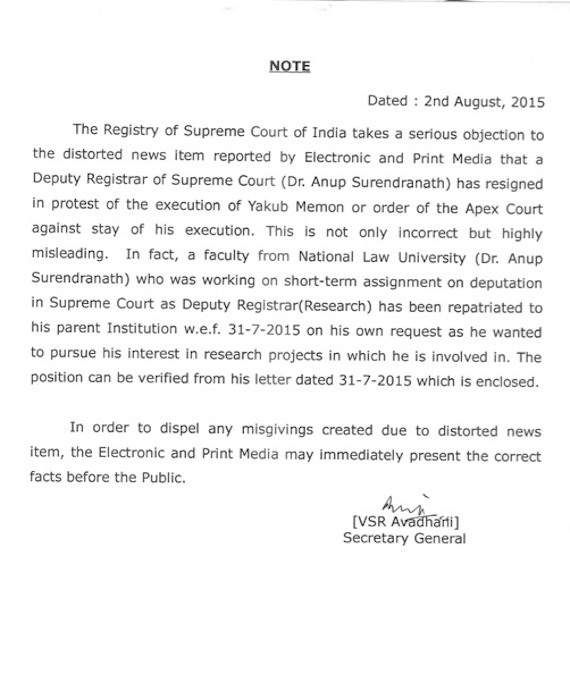 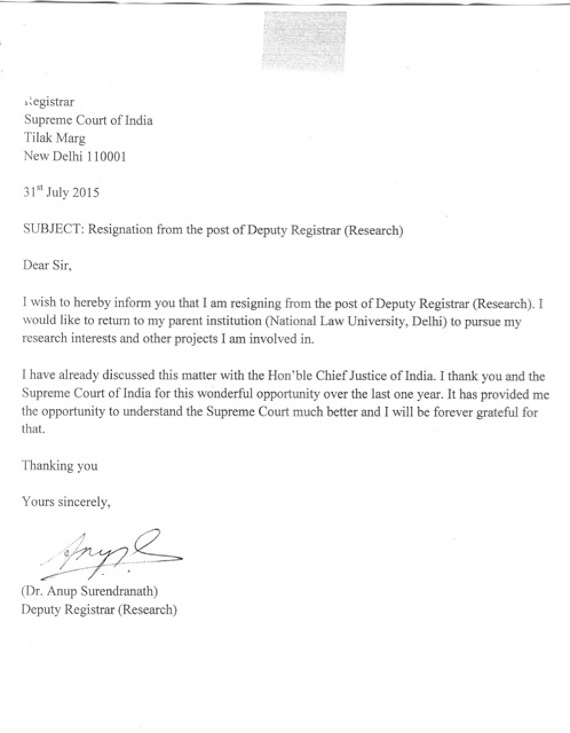 A copy of letter of Prof. Anup Surendranath