New Delhi (Aug. 10): Former Aam Aadmi Party (AAP) leader Yogendra Yadav was arrested by the Delhi Police while he was leading a protest by farmers from Punjab, Haryana and Rajasthan at Jantar Mantar against the government’s proposal to change the way farm land is acquired for infrastructure projects.

Yadav, who was trying to march towards the Prime Minister’s official 7 Race Course Road residence, has alleged that he was “brutally assaulted”.

“All of us, 96 in all, are now being arrested. But what’s the crime, I wonder,” Yadav said in a series of tweets. 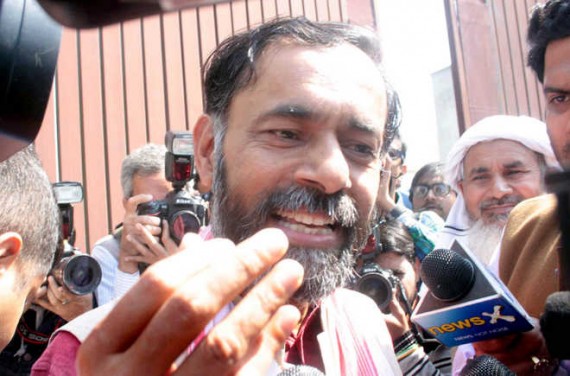 “Is standing peacefully with a Hal an offence? We were not obstructing traffic, were willing to cooperate with any reasonable condition,” he said, adding, “Why this brutal assault then?” Meanwhile, AAP leader Dharamvir Gandhi has demanded the release of Yadav and the others.

“I demand Yogendra Yadav and others should be released who were detained last night,” said Gandhi.