Fresno: A Sikh American teenager from New Jersey brought his message of hope in the face of bullying to young Sikhs in Fresno on Saturday.

Karanveer Singh Pannu, 18, spoke to the Sikh Women’s Alliance at Central High East Campus while promoting his book, “Bullying of Sikh American Children,” which he wrote after being verbally and physically bullied in middle and high school.

Pannu hopes to circulate the book across the country as an educational tool to stop bullying while educating people about the Sikh faith and who Sikh people are.

“I wanted to do something that would make an impact forever,” Pannu said.

He said that he faced verbal bullying from ignorant children who knew nothing about Sikh culture and connected his turban with Middle Eastern terrorists. He said they would call him terrorist or Osama. Some bullied him even though they knew he was the part of the world’s fifth largest religion that preached peace. 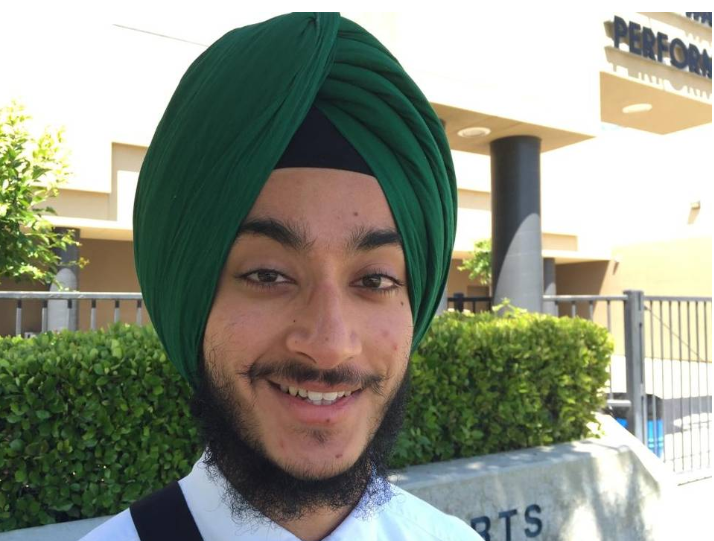 Pannu talked about how bullying could happen anywhere, in school bathrooms, locker rooms and classrooms.

And it’s not just in schools. He said he was racially profiled a few weeks ago by airport security while in Bakersfield for a speaking engagement.

He said a Transportation Security Administration official asked him to take off his turban and was going through his hair to look for “ISIS lice.”

“It was really humiliating and should have not happened,” Pannu said.

Pannu said his experience turned into an educational opportunity when he presented his book to the head TSA official at the airport. In the end, he said, officials didn’t apologize to him over the incident.

Pannu urged Sikh children to stand up to bullying, even if it means defending themselves.

In the eighth grade, he said he was physically bullied in a math class when one student kept poking his turban. He was reminded by his father that he would support him, no matter what, when it came to defending himself against bullies.

Pannu grabbed the bully’s head and slammed it into his desk after repeatedly asking the bully to stop poking him. The bully pulled his head up, and it looked like he was seeing stars.

Pannu said that he wasn’t physically bullied afterward because word quickly spread on campus that a kid with a turban defended himself. He reminded Sikhs that they have the right to be in the United States and that things will get better for Sikh children if the community acts together.

“Even though things might be getting bad,” Pannu said, “one day, they’re going to get better and that’s only going to happen if together as a community, we make a positive impact.”

Note: Above write-up was originally published by Fresno Bee under title: Young Sikh American author speaks in Fresno on bullying in schools, by Paul Schlesinger, at source url: http://www.fresnobee.com/news/local/article74956632.html. It’s reproduced as above for the information of readers of Sikhs Siyasat News.