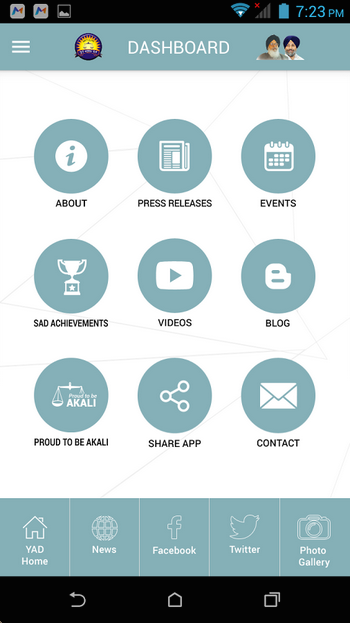 The ruling party took another step in this field with the launch of Android Mobile App of Youth Akali Dal.

While announcing the launch of YAD’s Andriod App, SAD (Badal) president Sukhbir Badal said: “I am of the firm view that the foundations of tomorrow have to be laid today. For this, it is important to reach out to the youth and engage them. Today Youth Akali Dal launched a mobile app which is among the various steps being taken by us to build bridges with the youth and make them partners in the growth story of Punjab. YAD workers and supporters can communicate their feedback to us besides connecting with the larger Akali family worldwide” (May 29, 2015).

The description of the YAD’s app reads: “The Youth Akali Dal is the youth wing of Shiromani Akali Dal and it believes in a secular and democratic outlook and continuously working towards the upliftment of weaker sections of society. The party leaders have been greatly influenced by the Pride of Punjab, Sardar Parkash Singh Badal who suffered a lot and was jailed on several occasions for raising Punjab issues”.

“Youth from any religion, caste and creed is welcome to join the Youth Akali Dal, the organisation that has always been in the forefront of all movements-be in against female foeticide, against menace of drugs, against corruption, step motherly treatment by UPA government or demanding MSP for crops on the formula devised by Scientist M.S.Swaminathan. The avowed aim of the Youth Akali Dal has been to channelize enterprising nature of youth into meaningful pursuits to give back something to society. The Youth Akali Dal is the only youth organization in the country that has participated in social, environmental and cultural issues. Empowerment of women, farmers and other sections of society has been its core agenda”. 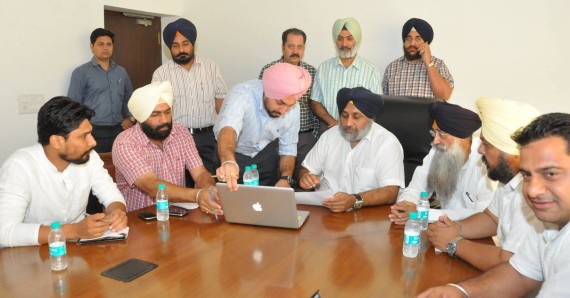 YAD’s App for Android devices is available for download at Google Play store at – https://play.google.com/store/apps/details?id=com.YAD