London: The Sikh Council UK today called for comprehensive and urgent action by the next Punjab Government following the leak of the findings of the Justice Zora Singh Commission.

The Commission was established in October 2015 by the Punjab Government following the desecrations’ of the holy Sikh scriptures the Guru Granth Sahib in Punjab and the subsequent killings of unarmed Sikhs who had gathered to protest against the desecrations’. 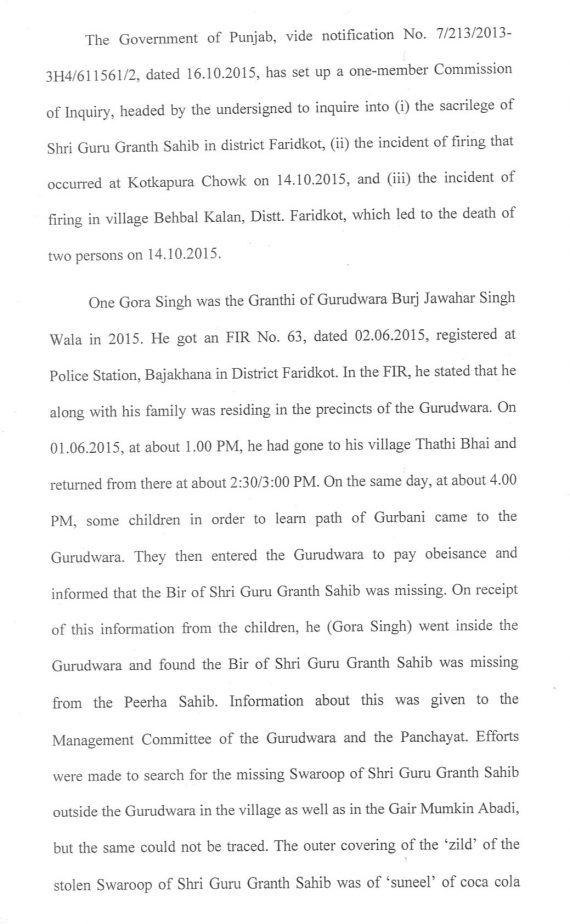 The principal findings and recommendations of the Commission were that: –

Sikh Council UK Chair of Indian Subcontinent Affairs Sub-committee Gurdial Singh Atwal said “It is shocking that the Commission report has laid dormant for the past year with the Akali-BJP Punjab Government despite the clear findings. We are calling for immediate action by the next Punjab Government to implement the recommendations of the Commission against the guilty officials and also calling for a high level and independent investigation to be undertaken as a matter of urgency into the deliberate desecrations of religious scriptures that have occurred in recent years within Punjab”.

He added “It has been alleged the inaction of the Punjab authorities to bring the culprits to justice has been motivated by political calculations in the lead up to upcoming state elections in Punjab by way of seeking to gain the favour of political block voting of certain anti-Sikh groups whose members have even been suspected of having involvement in the incidents of desecrations. These allegations have gained more traction in recent days in light of the decision of the Dera Sacha Sauda cult group to support the Akali-BJP alliance political parties in the impending election following the visit by a number of prospective candidates of Shiromani Akali Dal to the Dera Sacha Sauda to garner the votes of the followers of this group in flagrant breach of the 2007 Hukamnama (edict) of the Akal Takhat which mandated Sikhs to socially and politically boycott this group for its anti-Sikh activities. We are calling upon the Akal Takhat to summon those Sikh representatives of the Shiromani Akali Dal for defying the Hukamnama”.