As reported by the media it was during the cross examination of Arun Jaitley by Ram Jaithmalani when the latter called out the former a ‘crook’ which further lead to intense verbal duel broke out between the once-close legal associates. Taking note of this objectionable word Arun Jaitley field yet another suit against Arvind Kejariwal.

“We have filed a fresh suit for defamation against Arvind Kejriwal seeking Rs 10 crore in damages for ex-facie defamation as his lawyer Ram Jethmalani, in the open court, called Arun Jaitley a crook,” reads a quote from the statement of Arun Jaitley’s lawyer Manik Dogra given to an English vernacular.

Further adding to his statement Manik Dogra said that Ram Jethmalani was recorded in the judicial order, where he had stated that he used the words on “specific instructions of his client” Arvind Kejriwal. 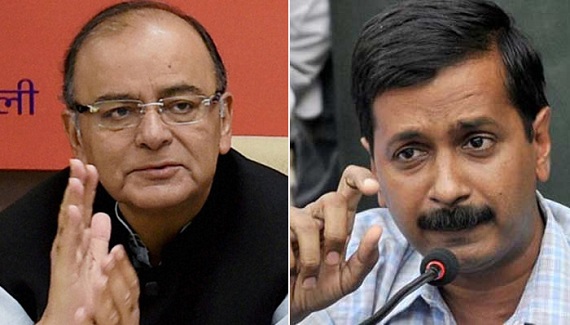 The fresh defamation suit by Arun Jaitley will now be a separate case from the ongoing defamation suit against Kejriwal and five other Aam Aadmi Party leaders, also of Rs 10 crore, reports India Today.