Significant Results Achieved with Support of US Sikhs and Gurdwaras: SCCED & AGPC 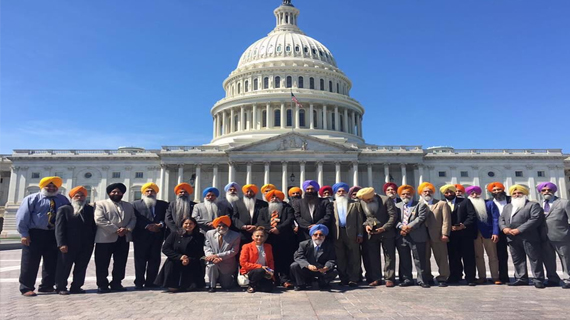 The Governor Punjab Chaudhary Mohammad Sarwar and the president of the Punjab unit of tehreek-e-insaaf (TeI) Pakistan Ejaz Ahmad Chaudhary here on Saturday evening while hosting a tea party for the Sikh dignitaries gathered from around the globe,

As per the media reports emanating from United Kingdom (UK), the British Prime Minister Theresa May here on Monday while speaking over ongoing controversial

A Sikh jatha of 2500 yatrees left for Pakistan to celebrate the 548th Praksah Purabh on November 4 of Guru Nanak Dev Ji, the founder of Sikh religion,

While  extending its Eid mubarak to the Muslim World, the members of the Dal Khalsa paid glowing tributes to all those who had sacrificed their lives

In the back drop of recent racial attack upon the African students in a mall at greater Noida area of the Delhi NCR region the envoys from African countries stationed here in New Delhi today said that they would take India to the Human Rights Council (HRC) of the United Nation.

Surge In Atrocities Against Dalits and Muslims Under Modi Regime: USCIRF Report

As per reports in local media, a Sikh footballer from Leicester in England was not allowed by a referee to play with Patka, which he wears in lieu of Dastar while on ground.

As per the reports emanating from the local media a Sikh boy from Western Suburban Melbourne has been denied admission because he was wearing a dastar.

The Sikh Community in Singapore is going to organize a four-day festival to mark the 350th birthday of Guru Gobind Singh Ji.