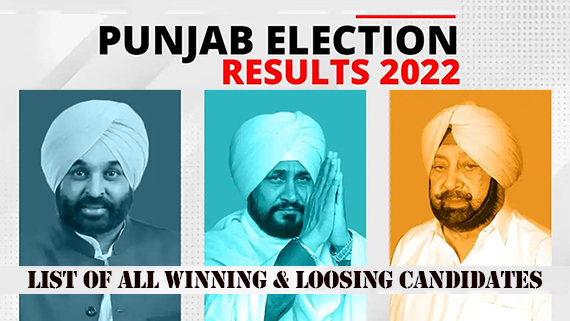 Here is list of all winning and loosing candidates for all 117 seats of Punjab State Assembly. Full Result of Punjab Assembly Elections 2022.

In a major development major political parties in Nagaland have agreed to come together to form an all-party government in the state as an attempt to find a political solution for decades old Naga conflict.

Planning of BJP for 2022 UP Assembly Elections: Outreach to OBC Leaders

The Bhartiya Janta Party (BJP) has been using social engineering as an election tool, especially in states like Uttar Pradesh and Bihar. In order to consolidate and accumulate votes and support for upcoming UP assembly elections, BJP is outreaching OBC leaders.

Deep Sidhu Re-Arrested in Another Case After Bail

Actor turned activist Deep Sidhu was granted bail by a Delhi court today. He was arrested by Delhi police special cell in a case registered in relation to an incident at Red Fort during Kisan Parade of 26 January. 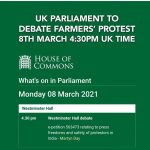 Disha Ravi Breaks Down in Court; Says She Only Edited two Lines in Farmers Protest Toolkit

"I did not make a Toolkit. We wanted to support the farmers. I edited two lines on February 3," Disha Ravi told the Delhi court where she was produced earlier today. The court has sent her to police custody for five days for further questioning.

It is satisfying and comforting to know that the Kisan Ekta Morcha leadership of has shown intent to set at rest the indications given about sidelining of Gurnam Singh Charuni -the leader of the Bharatiya Kisan Union Haryana Charuni group. This has become possible as a result of the awareness and alertness of internal platforms of this moveme

In a significant development, Bhupinder Singh Mann- member of a committee appointed by Supreme Court of India to advise it on contentious new farm laws, has recused himself from the committee. In a statement issued to

Alberta Union of Labour Relations Professionals (AULReP) firmly express its solidarity with the over 250 million kisaans (farmers) and workers who have been on strike and have taken various peaceful actions in India against the Government of India's capitalist reforms. AULReP also firmly condemns the violent repression of kisaans, workers, and trade unionists in India by the Indian government and its armed forces.

The members of United states congress and international legal and human rights experts have urged India to uphold the right of peaceful protest and engage with protesting farmers productively following the norms of democracy.