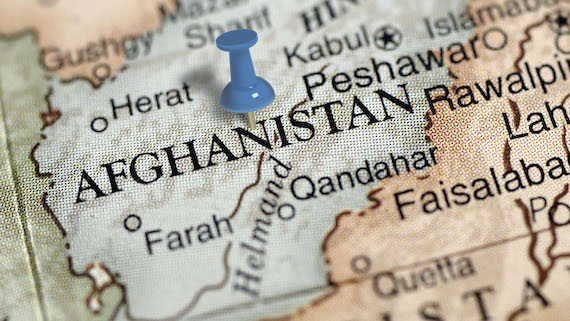 Being the geostrategic link to East Asia, central Asia and south Asia, events in Afghanistan usually have ramifications that go much beyond its political boundaries. ...

US troops are leaving Afghanistan after two decades. Sikh Siyasat News (SSN) has analysed reports about current developments in Afghanistan, and how these developments would impact the world and India?

Alberta Union of Labour Relations Professionals (AULReP) firmly express its solidarity with the over 250 million kisaans (farmers) and workers who have been on strike and have taken various peaceful actions in India against the Government of India's capitalist reforms. AULReP also firmly condemns the violent repression of kisaans, workers, and trade unionists in India by the Indian government and its armed forces.

The members of United states congress and international legal and human rights experts have urged India to uphold the right of peaceful protest and engage with protesting farmers productively following the norms of democracy.

Farmers peaceful protest on the borders of Delhi has been catching attention and solidarity of the global community. Foreign officials and people's movements are expressing their solidarity and support for farmers who are calling for roll back of Indian government's new farm laws.

The National Farmers Union of Canada has expressed solidarity with farmers in India, who continue to protest new agricultural laws formally passed in September.

A group of 36 cross-party Parliamentarians have written to UK Foreign Secretary Dominic Raab and asked him to make representations to his Indian counterpart, S Jaishankar, regarding the impact on British Punjabis affected by the demonstrations by farmers against new agricultural legislation in India.

While Indian government is terming the farmers protests and use of force against peacefully demonstrating protesters as its "internal matter", the spokesperson for UN chief Antonio Guterres and a group of 36 cross-party UK parliamentarians have also come out in support of the agitating Indian farmers, saying that people have a right to demonstrate peacefully and authorities should let them do so.

China Has Deployed 60,000 Soldiers at LAC; India Needs US in This Fight: says Mike Pompeo

United States Secretary of State Mike Pompeo said the country has deployed 60,000 soldiers at its border with India. He also said India “absolutely need the United States to be their ally and partner in this fight”.

The complete freezing of Amnesty International India’s bank accounts by the Government of India which it came to know on 10 September 2020, brings all the work being done by the organization to a grinding halt. The organisation has been compelled to let go of staff in India and pause all its ongoing campaign and research work. This is latest in the incessant witch-hunt of human rights organizations by the Government of India over unfounded and motivated allegations, Amnesty International India said today.

Tensions Escalate at China-India LAC: Both Sides Fire Shots, Accuse Each Other

The situation at China-India Line of Actual Control (LAC) is turning serious as both sides have fired gunshots in recent days.

China-India Accuse Each Other of Border Violations; Tensions Rise, Talks On

Tensions between China and India again have flared up again, with both Asian powers accusing each other of trying to seize territory across their disputed Himalayan border which is called 'Line of Actual Control (LAC)'.

A supremacist gunman who had killed 51 persons last year outside two Mosques in Christchurch is awarded imprisonment for life without parole today. The sentencing comes after three days of emotionally charged statements from survivors and the families of the victims in court.

Amidst ongoing standoff with China, the Indian Army has reportedly more troops and tanks in Ladakh sector on Tuesday (June 30).

Commenting on Government of India (GoI)'s move to block 59 Chinese Apps, including TikTok, Cam Scanner, WeChat and ShareIt, China's Ministry of Foreign Affairs said that "deliberate interference in such cooperation will not serve the interests of the Indian side".

Amidst heightened tensions with China in Ladakh region, the Government of India yesterday announced to 'block' 59 mobile apps. Most of these apps were developed and run by Chinese companies. The list included many popular apps like TikTok, UC Browser, CamScanner and WeChat (full list below).

Russia and the China-India Clash: Excerpts from Writeup of Girish Shahane

An opinion write-up by Girish Shahane appeared in live-mint under title "Russia and the India-China clash". Sikh Siyasat News (SSN) has taken out excerpts from this write-up that are being shared below for SSN readers. Readers, who are willing to read the full article my visit the source link given at the end of following excerpts

Ladakh Standoff: A Comparison of Statements Issued by MFA (China) and MEA (India) on 24 June

Amidst reports of Chinese military deployment near strategically important Daulat Beg Oldi, talks between the two sides continue. Both sides issued their official words on the ongoing standoff, situation at Line of Actual Control (LAC) in Ladakh and mutual talks.

A day after Indian prime minister Narendra Modi told leader of Indian political parties during ‘All Party Meeting’ that “[n]either have any intruded into our border, nor has any post been taken over by them (China)”, Indian PMO issued a clarification alleging that “attempts [were] being made in some quarters to give a mischievous interpretation to remarks by the Prime Minister”.