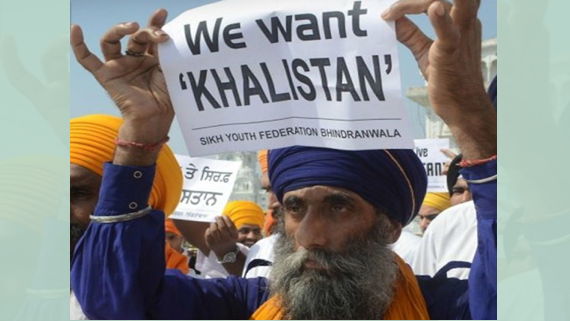 On September 9, 2020 Canada based Macdonald-Laurier Institute released a paper titled "Khalistan: A Project of Pakistan" by Terry Milewski. A number of scholars have responded to this paper and said that it "contains a litany of conclusory statements and allegations without any substantiation".

Panthic Talmet Sangathan (PTS) has written an open letter to Sikh groups, organizations, personalities and institutes to take strong notice of the issue of missing Saroops of Guru Granth Sahib and make joint efforts to press the Shiromani Gurdwara Prabhandak Committee and other concerns persons and institutions to bring forth the truth.

In the last days of June 2020, our igneous Intelligence Agencies have ‘unearthed one terror module after another, supported by ISI of Pakistan and the Sikhs For Justice.’ In consequence, God knows how many, Sikh young men have been arrested, some (maybe all) have been tortured and insulted in a bid to demoralize and demonize the people in order to secure them in eternal slavery by total denial of constitutional and innate human rights.

Samvad, a discussion forum, has released a draft to trigger debate on determining the future course of Sikh struggle as per the Panthic tradition and principles. The document was released on 6 June, 2020 at Takht Kesgarh Sahib, Sri Anandpur Sahib.

On April 29, 2020, the 34th Khalistan Declaration Day Bhai Daljit Singh issued a written message/statement. The statement issued in Punjabi/Gurmukhi was shared with readers of the Sikh Siyasat News (SSN) two days back.

Sikh leader Bhai Daljit Singh has issued a message on 34th Khalistan Declaration Day. It is notable that a Sarbat Khalsa 1986 appointed Panthic Committee had issued "Declaration of Khalistan" on April 29, 1986.

We are economists and social scientists who are deeply concerned about the major implications for the Indian statistical system, of the attempt to combine data collection for the 2021 Census of India with that for the proposed National Population Register.

On 3 February 2020, the City of Seattle became the first in the U.S. to adopt a resolution denouncing India’s contentious Citizenship Amendment Act and proposed National Register of Citizens. The resolution was moved by Councilmember Sawant.

The amended Citizenship law along with a National Register of Citizens (NRC) being planned by the Narendra Modi government “may affect the status” of Muslim minority in India, a report by the Congressional Research Service (CRS) has said.

From the past three days, reports have been doing circles in the British media stating that the Hindu voters of the country through Whatsapp messages have been asked to vote against a particular party in the upcoming general election, accusing the party of being “anti-India” and “anti-Hindu”.

Sikh Research Institute (SikhRI) has published a new unit in the Gurmat Educational Resource for children titled Getting To Know Guru Nanak Sahib.