Chandigarh: Aam Aadmi Party (AAP) Ropar MLA Amarjit Singh Sandoa joined the Congress yesterday. He was welcomed into the party by Chief Minister Amarinder Singh at his residence in Chandigarh. 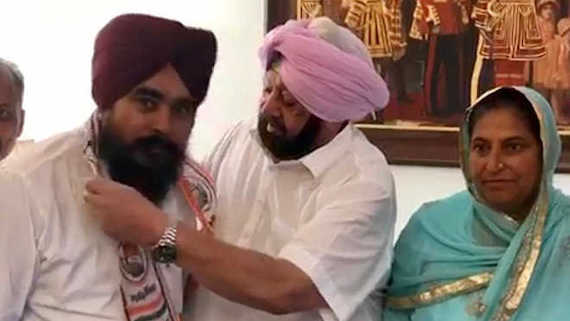 Amarjit Singh Sandoa is the second AAP MLA who has joined the Congress in the last 10 days. Mansa MLA Nazar Singh Manshahia earlier deserted his parent party to join the Congress on April 25.

Sandoa, who was a taxi driver in Delhi, was fielded by AAP from his native place Ropar in the 2017 state Assembly elections when he defeated former minister and senior SAD leader Daljit Singh Cheema and Congress’ Brinder Singh Dhillon.