Barcelona: As per the media reports emanating from Spain the Catalan parliament has declared independence from Spain, the declaration comes just at the time when Madrid was preparing to have a direct rule over the region after suspending the special autonomy given to it.

The motion put forward by Junts pel Sí, the governing party in the Catalan parliament, marks a new departure in one of Spain’s biggest political crises since the return to democracy in the 1970s. 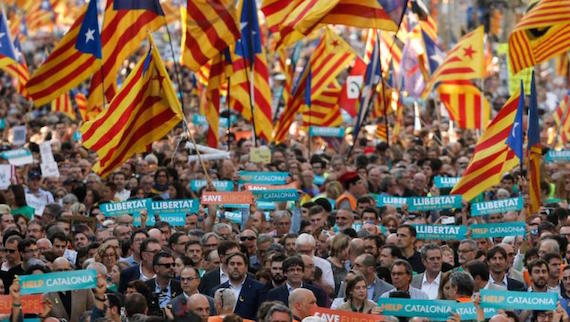 “We shall constitute the Catalan Republic as an independent, and sovereign, democratic and social state of law,” the motion reportedly read.

With pro-freedom members holding the majority in the chamber, the motion could become a formal attempt to secede from Spain. But Madrid is already preparing to activate a direct rule provision in the Spanish constitution, which could immediately follow a Catalan declaration of independence, reads a quote from a report published in Financial Times (FT).

The move was was backed 70-10 in a ballot boycotted by opposition MPs. Spanish Prime Minister Mariano Rajoy earlier told senators direct rule was needed to return “law, democracy and stability” to Catalonia.