New Delhi: Opposition parties in India have reportedly decided to put their weight behind the Aam Aadmi Party (AAP) on the issue of handing of charge of the Delhi police to the Delhi government. Currently Delhi police is under control of Central government of India.

The Congress, the Trinamool Congress, the Samajwadi Party and the Left, in a meeting of the Parliamentary Standing Committee on Home Affairs yesterday (Feb. 19), came together to demand that the Aam Aadmi Party (AAP) government in Delhi be given charge of Delhi Police.

The support for AAP on the issue of full statehood for Delhi came after the Arvind Kejriwal-led party reportedly reached out to all opposition parties through emissaries soon after taking charge. 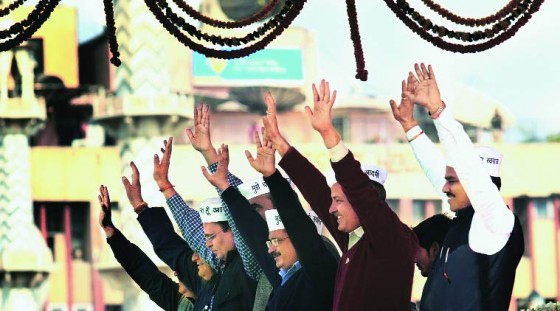 The Winter Session of Parliament was a virtual washout in the Rajya Sabha after the government refused to accept the opposition’s demand that Prime Minister Narendra Modi make a statement on the rising communal incidents in the country. Incidentally, Modi broke his silence on the issue at a function on Tuesday (Feb. 17).

In Wednesday’s meeting, members of the standing committee — including K Rehman Khan of the Congress, CPI’s D Raja, CPM’s Sitaram Yechury, TMC’s Derek O’Brien and Kakoli Ghosh Dastidar and SP’s Neeraj Shekhar — stressed that there was an urgent need to make policing in Delhi more effective and accountable. This, they said, could only happen if the Delhi Police became answerable to the Chief Minister instead of the country’s Home Minister.

“Opposition parties like the Congress, Trinamool and the Left parties were categorical that the present command structure of police and administration in Delhi cannot be conducive to accountable policing. The people who are accountable to the people of Delhi, who are elected by them, have no control over the police. Vijay Goel of the BJP gave some good suggestions, like the police should hold mock drills to test preparedness for crimes against women,” media reports quote an undisclosed source in the committee.