Batala: From the juncture of seeking justice for the  police firing victim to the point of children eagerly waiting their parents who were disappeared or faced custodial deaths – the painful side of the two-decade old Punjab conflict came to the fore on 68th International Human Rights Day. 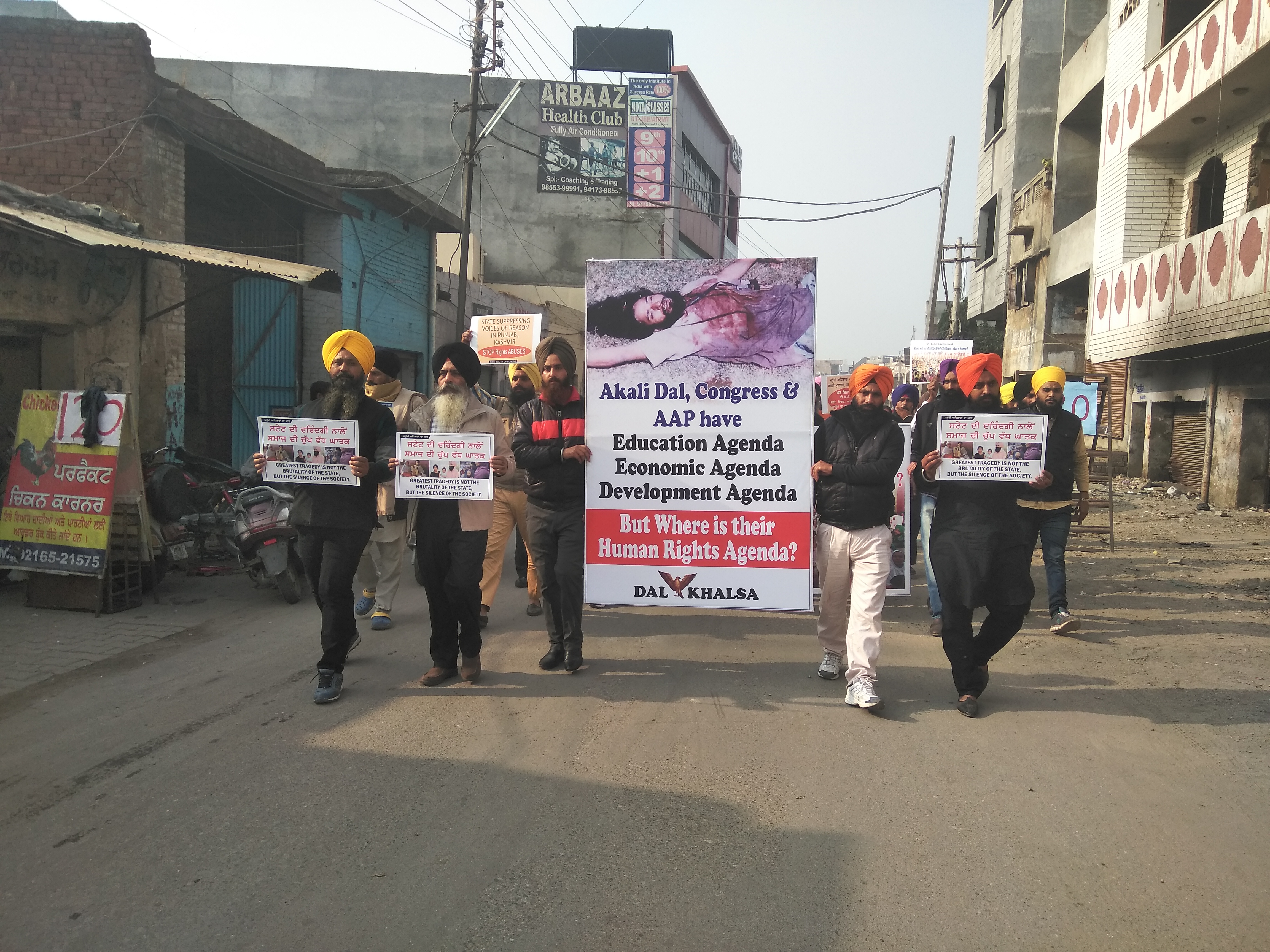 View of March being lead by Dal khalsa [File Photo]

Today, Batala town witnessed the March  which was marked by the participation of the  victims of state repression  . The organizer Dal Khalsa and participants called it, “an assembly to remind the world about the pain and suffering of the conflict that remains unattended to”.

Victims during the march could be seen holding the photographs of their near and dear ones who were disappeared  without even a trace, the march was seen as a reminder to the government that either “declare them  dead or help them to know their whereabouts”. 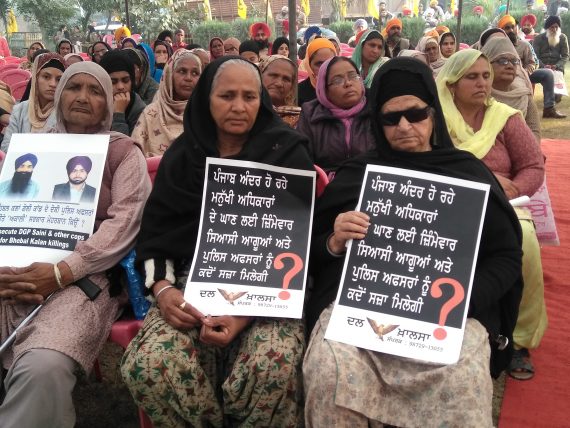 View of Victims with Placards and Photographs of those Disappeared by the State,[File Photo]

As per the media inputs the stage was not occupied  by the leaders of the Dal Khalsa and its allied groups All India Sikh Students Federation and Sikh Youth of Punjab but by the photos of the Sikh fighters who were killed extra-judicially and whose whereabouts are not known till date.  They were presiding over the function almost mocking the state and providing some succor to the parents and families present in the function still waiting for either their children to return home or a closure to the case by knowing full facts and punishment to the guilty.

The organizers led by Bhai Daljit Singh honored about 120 family members- men and women with winter shawls as a mark of respect. The wife of Kulwant Singh Nagoke- the first victim of fake encounter carried out in June 1982 was honored. Similarly families of who fell to police bullets while protesting against sacrilege incidents were honored that includes Ravinderpal Singh of Nakodar, Jaspal Singh of Gurdaspur and Bargarhi incident. 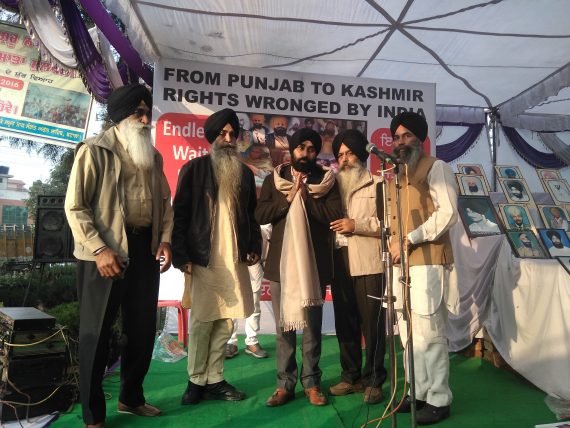 Another view of the victim being honored.[File Photo]

For the people of Punjab and Kashmir, the declarations and laws of the United Nations are hallow and meaningless. Be it the right of self determination, right to life or right to liberty and security, every right is denied to them,” said Dal Khalsa head Advocate Harpal Singh Cheema.

Further going ahead with the program the Ex Chief of the Dal Khalsa H.S Dhaami made an appeal to the SGPC to place the pictures of those who were martyred during the Sikh struggle at the picture gallery in Sikh Central Museum by the way of refurbishing the present hall as it may provide much needed   solace to the families of the martyrs and due recognition to the struggle.

Head of the Dal Khalsa’s youth wing (SYP) Paramjit SIngh said we may be accused of spoling the peace and  might jeopardise the process of “healing”by raking up the abuses of human rights in Punjab once again . But as we know, the silence of graveyard that prevails in Punjab today cannot be mistaken as peace.

AISSF acting head Karnail Singh Peermohammad said “If the present day government wants to release the victims from the past and strengthen the healing process, it is necessary to reveal who is responsible and prosecute the guilty.

“It is difficult to recall what happened that day. More than three decades have passed, but justice still eludes us,”one of the victim was quoted saying.While the human rights issues have always been a domain of the pro freedom camp, the mainstream leaders should also attend such events.