Amritsar: Dal Khalsa today asked former chief minister Parkash Singh Badal to explain to the people of Punjab as to who is responsible for degradation in politics.

Referring to his categorical admission reported by English Daily that the politics has been reduced to greed for power and money, party spokesperson Kanwar Pal Singh asserted it is Badal who has transformed the Sikh polity from principled to opportunistic.

He said it was for the first time Badal admitted that in today’s politics there is no principles but he has fallen short of taking blame on himself. 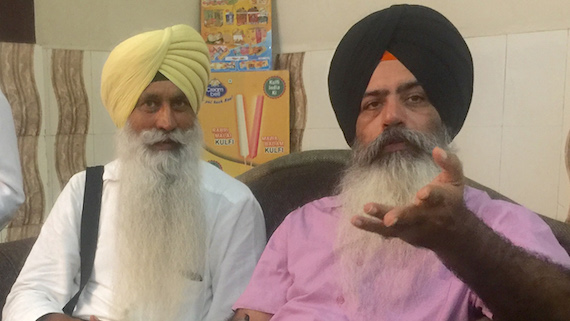 Kanwar Pal Singh alleged total control of Shiromani Akali Dal and the SGPC has been further shifted to Badal family.

The Dal Khalsa leader asked Badal: “Will you spell out a single achievement of your so-called moderate politics for Panth and Punjab?”. Taking a dig at Akali Dal’s alliance with the Hindutva party BJP, he said Badal takes credit for this unholy alliance which in fact is sheer discredit to him.

He asked Badal to seek apology from Punjab and the Panth for ruining the ideology based polity in pursuit for his selfish political interests.

He said the rejection of Justice (retd) Ranjit Singh Commission by Badal reflected his governments incompetence and guilt in Barghari and Behbal Kalan incidents.